Will Simmba And Not Kedarnath Be Sara Ali Khan's Debut Film Now?

The makers of Sara Ali Khan's Kedarnath reportedly do not want to release the film on November 30 with Rajinikanth's 2.0 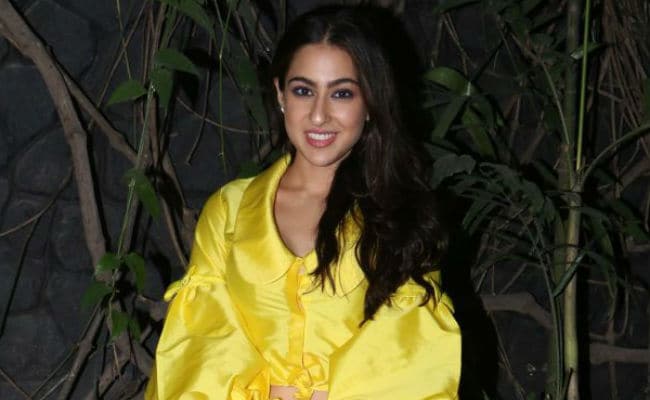 Yet again, it appears that Kedarnath will not be Sara Ali Khan's debut film. A DNA report states that the makers of Kedarnath apparently do not want to release the film on November 30 with Rajinikanth's much-awaited project 2.0. Kedarnath's release date has been rescheduled multiple times previously. When the film was announced, it aimed for a December release. However, the makers later decided not to release it with Shah Rukh Khan's Zero. Months later, when Kedarnath was in the filming stage, Rohit Shetty announced Simmba with Sara and said that the film would release in December. However, after severe speculation, it was confirmed that Sara will debut with Kedarnath, as Ronnie Screwvala, who took over as the film's producer, zeroed in on a November 30 release date. Kedarnath stars Sara opposite Sushant Singh Rajput.

Reports are doing the rounds that Sara will debut with Simmba, in which she co-stars with Ranveer Singh. The first schedule of the film was shot in Hyderabad and Rohit Shetty will start filming soon. He came back to India on Monday from Argentina, where he was shooting for reality show Khatron Ke Khiladi 9.

"Rohit, who was in Argentina for Khatron Ke Khiladi, has arrived in Mumbai and will begin the next schedule today. The film should wrap up by mid-October because it is being readied for a year-end release," the DNA report stated.

Simmba is an action-comedy and is slated to release on December 28.