"We have to keep them satisfied by delivering good performance," said Mrunal Thakur 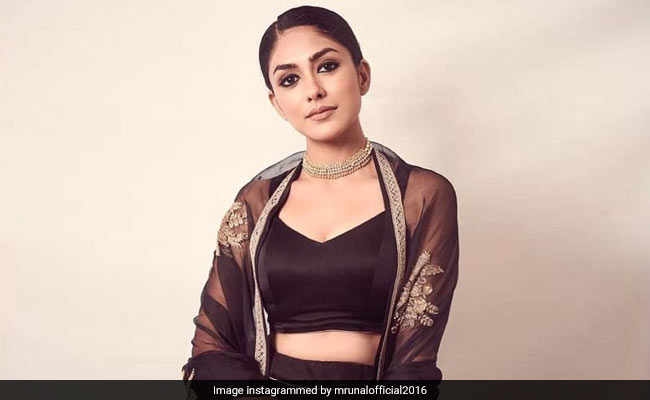 Actor Mrunal Thakur says it's an exciting time for actors to experiment with braver roles and not just be restricted to glamorous parts as the audience only looks for good performances today. Mrunal, who made her big screen debut with the critically-acclaimed Love Sonia last year, said she was advised by people to take up a more conventional film instead of the drama. "As an actor I just want to perform. There were lots of people who told me 'are you mad to choose Love Sonia as your first film?' I was told to do something light, romantic and glamorous. But I felt the audience is smart today. We can't woo them with a great, glamorous look. We have to keep them satisfied by delivering good performance," Mrunal told PTI.

Though Love Sonia was far removed from the traditional commercial cinema of Bollywood, the actor said that film gave her a lot, including her next, Super 30. When asked was it difficult for her to break out from the film and find other roles, Mrunal said, "It wasn't difficult for me. Love Sonia is very lucky for my career, I owe a lot to it. If I have a Batla House, Super 30, it's only because of Love Sonia. "With the buzz it created, it helped me. When you perform in your first film, it adds a lot to your career graph. The journey becomes easy."

Mrunal started her career with TV before moving to the big screen and the actor said with time she has become more aware as a performer. "Initially I was just doing it for fun but now I've taken it very seriously. I owe my career to TV. Most of my training has been through TV. In television, you don't get enough time to prepare for your character. In films, you have proper scripts and you get time. I have evolved as an actor."

What has also helped the actor, is getting paired opposite Hrithik in Super 30, as she learnt a lot observing the star. "I've learnt so much from him not just as an actor but as a human being. I am getting to know more of him in all the promotional activities we are doing for the film; his thought process of choosing a film, preparations, which I didn't know while we were filming. "I feel glad to have worked with an actor who has done such versatile roles. I'm taking that as an inspiration."

As an outsider, Mrunal believes in the film's tagline, 'a king's son will no longer become the king' and said it's important for one to have faith and keep going steadily in the industry. "What is important is the kind of faith you have within yourself. Slow and steady, things happen. You need to have patience. I am happy people are approaching talent and our audience is changing. "The new audience is looking for creatively satisfying films. I am happy the way my career is moving and the appreciation I'm getting," she added.

(Except for the headline, this story has not been edited by NDTV staff and is published from a syndicated feed.)
Comments
Mrunal ThakurMrunal Thakur films