Super 30 Trailer: Hrithik Roshan As Anand Kumar Is A Superhero Without A Cape 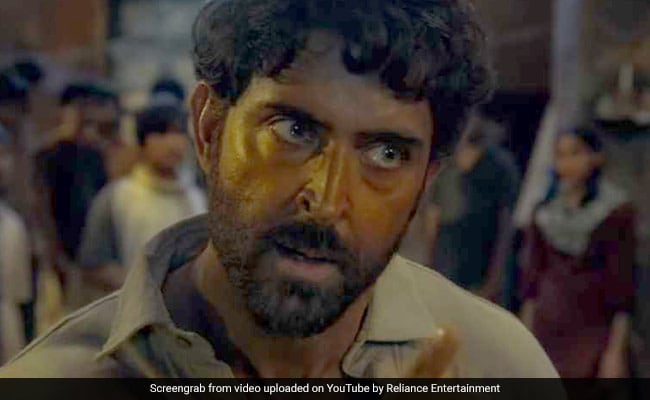 Hrithik Roshan in a still from Super 30. (Image courtesy: YouTube)

The much-awaited trailer of Super 30, starring Hrithik Roshan, is out and "it's unstoppable now." The two-and-a-half minute trailer gives a glimpse of mathematician Anand Kumar's journey from tutor to wealthy privileged students to guru of those from economically weaker background aspiring to the Indian Institutes of Technology or the IITs. Hrithik Roshan, in inexplicable brownface, plays Anand Kumar, who decides that his talent will be put to better use by teaching meritorious students, who do not have the means to afford the fees charged by coaching centres targeting the entrance exam of the IITs. There are also snippets of Anand's childhood, which deeply motivated him first to earn money and then later, to help those who like him couldn't afford top quality education. The makers use The Phantoms' song Unstoppable Now in the background which is the cherry on the top. 'Not all superheroes wear capes,' Hrithik Roshan captioned the trailer on social media.

Watch the trailer of Super 30 here:

Super 30 has dealt with a fair share of controversies regarding the film's release date and the directing credits. Super 30 was initially scheduled to release in January 2019 but the release was postponed to July 26. Last month, after the makers of Mental Hai Kya, starring Kangana Ranaut and Rajkummar Rao, announced that their film will open on July 26 too, Hrithik moved the release date of Super 30 to July 12.

After Hrithik and Kangana trended for days for the box office clash between their films, the 43-year-old actor had tweeted: "So as too not allow my film to be desecrated by another media circus, I have decided to shift the release date of my film Super 30."

Meanwhile, after Vikas Bahl was named in #MeToo allegations, his directing credit was dropped from the film. Over the weekend, Reliance Entertainment, which is co-producing Super 30, restored the credit after Mr Bahl was given a clean chit by the internal complaints committee.

Super 30 is the last film under the Phantom Film banner, which disbanded last year after Vikas Bahl's #MeToo controversy.