"Despite the film being ready, I have requested my producers to shift and announce the next suitable date as soon as possible," wrote Hrithik 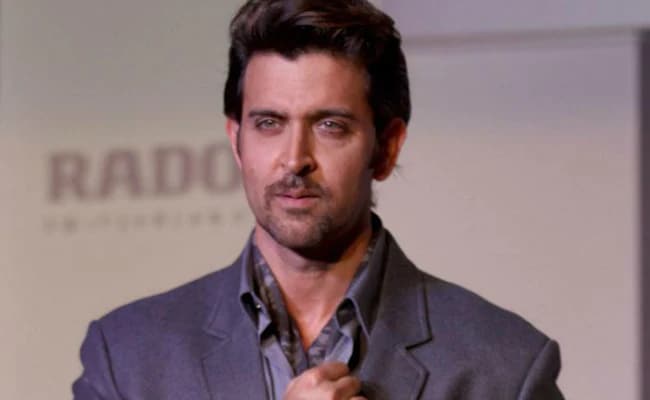 The impending clash between Mental Hai Kya and Super 30 quickly snowballed into an extension of the ugly and very public feud between actors Hrithik Roshan and Kangana Ranaut a couple of years ago but now appears to have been brought to an extremely timely end by Hrithik, who announced today - and not a moment too soon - that he is postponing the release of Super 30 to avoid 'desecration by a media circus' and the 'personal trauma and toxic mental violence' that comes with it. In a statement posted on his social media accounts, Hrithik also alluded to an 'open case of harassment,' repeating a charge he has made publicly before. Now, as earlier, Hrithik Roshan has not named anyone. However, it's not hard to connect the dots to Kangana Ranaut, who has said she's 'glad of a solo release' and called Hrithik's announcement a 'sob story.'

The mercury rose swiftly when it looked as if Super 30 was set to release on the same day - July 26 - as Mental Hai Kya, starring Kangana Ranaut and Rajkummar Rao. Hrithik and Kangana, as anyone who reads the gossip columns, are old enemies, having traded accusations, insults and legal notices over a disputed romance. Hostilities were reopened recently, in guerrilla style, when rumours suggested that Kangana had her film's release rescheduled on purpose to meet Hrithik's at the box office.

Ekta Kapoor, producer of Mental Hai Kya, clarified on social media that the date change was her decision and also referred to 'underground tweets'; Kangana's sister and managerRangoli Chandel followed up with a barrage of tweets tagging Hrithik, accusing him of using Kangana as a 'punching bag.' In a tweet today, Rangoli laid out terms for'peace' - Kangana Ranaut, she said, would not speak against Super 30 provided she was not attacked or trolled.

With due respect to everyone, if Kangana is not harmed, trolled or bullied she won't speak against Super 30 cast or its makers @SpiceSocial1 please take a notePEACE pic.twitter.com/gtcuVbsHOW

Two years ago, the feud between the actors blew up when Kangana Ranaut referred to a 'silly ex' in an interview to which Hrithik Roshan responded by sending her a legal notice demanding an apology. Headline after headline was generated in quick succession, from Kangana's accusations of intimidation and slut-shaming on Hrithik's part to a case he filed with the cyber cell over an alleged imposter corresponding with Kangana pretending to be Hrithik.

In October 2017, Hrithik Roshan posted a lengthy defence of himself claiming that he 'never met the lady in question one on one' and that he had been 'dragged into a dirty perverse mess.'

Hrithik Roshan and Kangana Ranaut co-starred in the films Kites and Krrish 3. Super 30, Hrithik's new film, is based on educator Anand Kumar.