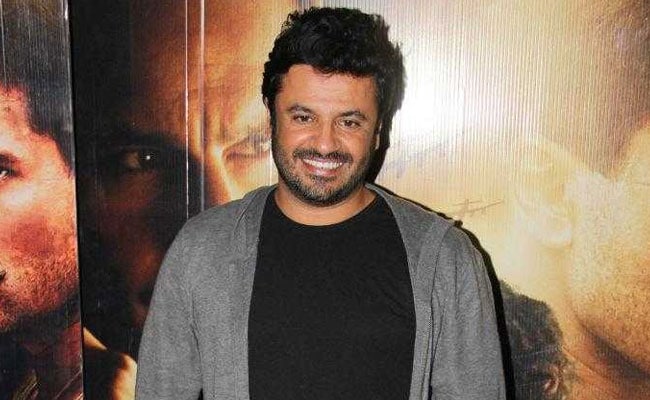 A file photo of Vikas Bahl at a film screening in Mumbai.

India's #MeToo movement hit a setback of sorts after filmmaker Vikas Bahl was given clean chit in a sexual misconduct case filed against him by a former employee, after the complainant did not appear before the internal investigating committee. Members of the film industry such as Tanushree Dutta, Sona Mohapatra, Taapsee Pannu and Hansal Mehta expressed their concern regarding the turn of events on social media and in several interviews. Tanushree Dutta, who is widely considered as the harbinger of India's #MeToo movement, told Hindustan Times: "It's very common in our country for victims to back out, for fear of a lengthy court procedure bringing further shame, stigma and awkwardness to family. I'm not surprised because I know how clever these people are and the tactics they will use to combat the effect of #MeToo."

Last year, Tanushree Dutta revived a decade old controversy, in which she had accused Nana Patekar of harassing her on the sets of a film in 2008. Tanushree's allegations set the ball in motion for the #MeToo movement, after which several women named and shamed prominent members of the film industry in their #MeToo stories.

Tanushree Dutta, whose case against Nana Patekar is pending in court, also told HT: "Who are these organisations claiming to give clean chits while police investigations in many of these cases still pending? So, now it seems there is a new trend of putting out news stories by those accused themselves that they are getting clean chits by strange organisations so that they can get back to work and normalcy... I just want to say that nobody is foolish enough to believe these so-called clean chits given by internal committees and organisations we never heard of before."

Vikas Bahl was given clean chit by the Internal Complaints Committee (ICC) of Reliance Entertainment, which is co-producing upcoming film Super 30. Vikas Bahl's directing credits have also been restored for the film, starring Hrithik Roshan in the lead role. "It is true that the ICC report exonerated Vikas. With the ICC clearing Vikas Bahl's name, we don't have a choice but to reinstate his credit as Super 30 director," Shibasish Sarkar, Group CEO, Reliance Entertainment, said in a statement, reported news agency IANS.

Singer Sona Mohapatra shared her point-of-view on Twitter and wrote: "The fraternity, filmmakers, crew, actors and all participants of this industry who know the truth should stand up and want to clean up this open secret of a mess? This is a systemic issue. Rehabilitation of such men will harm us all. Their disease will show up sooner or later." Sona Mohapatra had accused music composer Anu Malik in her #MeToo story last year, as did several other female artistes. She recently slammed Anu Malik's reported re-entry in popular singing reality show India Idol while she welcomed Yash Raj Films' latest memo, in which the production house banned Anu Malik from entering the studio premises.

Speaking about Vikas Bahl's exoneration from the case, actress Taapsee Pannu told news agency IANS that though such decisions 'shatter the spirit of the movement and of the woman who recounted her story,' one should not give up on the #MeToo movement. "Look, if the person, who is accused of sexual harassment, doesn't get punished, of course the spirit of the movement, the spirit of a woman who comes out with the story of abuse in public, gets shattered... Nothing will change overnight, but we should not give up on the situation and tolerate abuse. Obstacles will come, but we should not give up. This is a transformative time and therefore it is difficult but if we do not continue, the change will not come in future," Taapsee told IANS.

Meanwhile, filmmaker Hansal Mehta told Hindustan Times that internal committees looking into sexual misconduct charges "might not be the right mode at times." However, he added: "His (Vikas Bahl) company has carried out an enquiry which is according to current sexual harassment norms in the country. If he is cleared of all the charges then we should not be accusing him... I'm sure Reliance as a corporation must have followed those guidelines. I was shocked when I heard the story, the victim herself has decided not to follow through this case. So as a third party, who has not seen anything, whatever I will say will be speculation."

Reliance Entertainment was in partnership with Phantom Films (co-owned by Vikas Bahl, Anurag Kashyap, Vikramaditya Motwane and Madhu Mantena) when the allegations against Mr Bahl cropped up. Last year, Phantom Films disbanded and Super 30 is the last film under the production banner.