Tanushree Dutta, Credited With Starting #MeToo In India, Says 'Nothing Should Be Dependent On Me'

"The media is just making a heroine out of an ordinary person's organic journey," said Tanushree Dutta 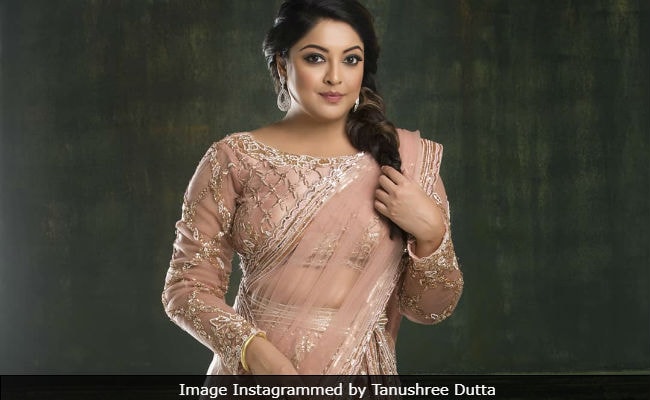 Actress Tanushree Dutta, who is credited for starting the #MeToo movement in India, is now returning to the US and she said that the movement should "not be dependent" on her because she feels that when an initiative is dependent on an individual rather than a cause, it "doesn't flourish," reports news agency IANS. Tanushree Dutta, who triggered the #MeToo movement in India by reviving a decade-old controversy in which she blamed Nana Patekar for harassing her during a film shooting, told IANS: "Nothing should be dependent on me because when things are dependent on the initiative by a single individual, they get bound and don't flourish freely in its own time." Tanushree revived the decade-old controversy when asked about the #MeToo movement in an interview in October last year. In her allegations, she accused Nana Patekar of allegedly making sexual advances and later threatening her while she was filming a song for the 2008 film Horn 'Ok' Pleassss.

After Tanushree Dutta named and shamed Nana Patekar, the #MeToo movement gained momentum in India. Several women from the film industry shared their #MeToo stories, as a part of which Bollywood celebrities such as Alok Nath, filmmaker Vikas Bahl, Housefull 4 director Sajid Khan, filmmaker Subhash Ghai, poet-lyricist Vairamuth and others were called out as sexual predators. However, the former beauty queen refused to take credit for starting the movement and told IANS: "The media is just making a heroine out of an ordinary person's organic journey. I was not the doer but just a conduit and a vessel through which some change or awareness had to come about in society." She added, "In a way, I needed retribution too from the incident that pushed me back several years in my professional life."

During the media interaction, Tanushree also spoke about her life in the US."I live there now. I was anyways supposed to go back eventually. This became a very long holiday by default and I'll be back again. But I'm going to miss it though, my family and everything else here," IANS quoted Tanushree as saying.

Tanushree Dutta is a former beauty queen. She made her Bollywood films such as Aashiq Banaya Aapne. She has featured in films such as Chocolate: Deep Dark Secrets, Dhol, Speed, Good Boy, Bad Boy and Saas Bahu Aur Sensex among others. She was last seen in the 2010 film Apartment.