Tanushree Dutta, Who Triggered India's #MeToo, Says 'Hopeful I Will Get Justice' 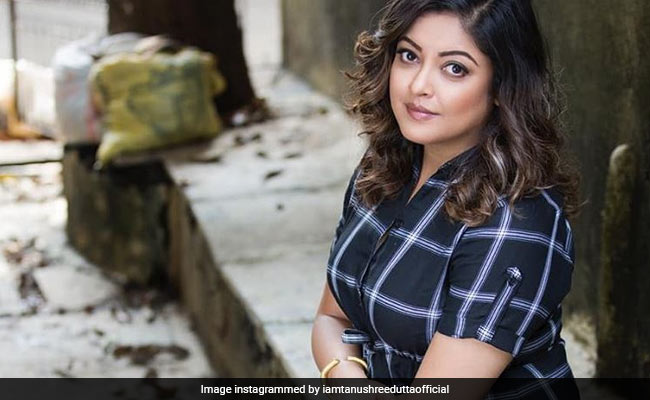 Actress Tanushree Dutta, who triggered India's #MeToo Movement by reviving a decade old case of alleged harassment against actor Nana Patekar, said she is "hopeful" that the alleged abusers will be punished, reports news agency PTI. Tanushree Dutta was speaking at the Manthan Aaj-Tak event on Tuesday, where the actress said justice gets delayed because there is "corruption" and things are "tweaked and twisted", the report added. "I am hoping I will get justice. But not figured out what kind of justice I will get. There are rules and regulations, things are tweaked and twisted and there is corruption so justice gets delayed," she said at the event. Ms Dutta has filed the First Information Report (FIR) against Nana Patekar, who she alleged sexually harassed her on the sets of Horn Ok Pleassss in 2008 and also tried to intimidate her by sending goons. She also filed an FIR against director Rakesh Sarang, producer Sami Siddiqui and choreographer Ganesh Acharya, who were also part of the film.

Addressing the #MeToo Movement, Tanushree Dutta further said that harassment cases are not taken seriously in India and survivors are often asked to forget about their accounts and move on. "Harassment cases are not taken seriously in our country. One is told to forget about it. This is the attitude but by allowing it you are creating an evil environment. I am in the fight and I know I will be getting retribution," she added.

"We have to be a part of change and transformation, why pass the buck to others? It needs little bit of discomfort and sacrifice or else we will move towards complete anarchy. We don't need to brush it under the carpet. By doing so, we are creating these people with our silence and complicity," Tanushree Dutta said.

Tanushree Dutta recollected how 10 years ago she was disappointed when no one came to her rescue and the coverage, unlike now, was "mostly scandalous" and "sensationalized". "Ten years back the coverage was mostly scandalous, sensationalised and nothing came out of it. The doors that I knocked did not open for me and I was left disappointed. I came back to India for a holiday and someone from media asked me why #MeToo movement is not happening in our country and my response was what happened to me was not addressed," Tanushree Dutta said.

After Tanushree Dutta's brought her allegations against Nana Patekar a few weeks ago Cine And TV Artists' Association or CINTAA sent a show cause notice to Nana Patekar. In his response, to the film association's notice, Nana Patekar denied the allegations of sexual misconduct. "In his response he stated allegations levelled against him are baseless and false, also stated that he is in process of adopting legal measures against Tanushree," an ANI report stated.