Tanushree Dutta Alleges Threat By MNS: 'This On Top Of Other Threats From Nana Patekar's Side'

"This on top of other threats issued to me from Nana's side," said Tanushree, who also acknowledged Mumbai Police's efforts to ensure her safety 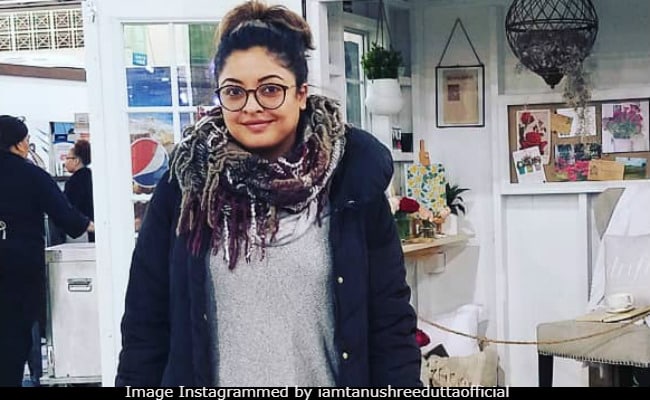 Tanushree Dutta had relocated to the US (courtesy iamtanushreeduttaofficial)

In a fresh statement, actress Tanushree Dutta alleged being threatened by Raj Thackeray-led Maharashtra Navnirman Sena (MNS) amidst her ongoing battle with Nana Patekar, which has now snowballed into a huge controversy. Tanushree Dutta alleged that in a separate interview to a publication, the political party has threatened her with "violent attack", reported news agency ANI: "MNS party in an interview given to a leading daily has threatened me with a violent attack," said Ms Dutta. The 34-year-old actress added that the alleged threat is an addition to the multiple ones she's received at the behest of Nana Patekar, who she recently accused of having harassed her on the sets of 2008 film Horn 'OK' Pleasss.

"This on top of other threats issued to me from Nana's side," said Tanushree, who also acknowledged Mumbai Police's efforts to ensure her personal safety: "I would like to thank Mumbai police force for coming forward to protect me and helping me strengthen my resolve." Tanushree, who appeared to quit films in 2010 and moved to the US, returned to India a few months ago. She shocked and stirred Bollywood with her accusations against Nana Patekar, in which she also alleged MNS goons were sent to threaten her after she refused unwelcome advances from the veteran actor 10 years ago.

An old video of Tanushree Dutta's car being rampaged, allegedly in 2008, resurfaced recently and went viral. Tanushree alleged the vandalism was led by MNS party men with her parents inside the car.

On Monday evening, the actress issued a new statement to media outlets, alleging that Nana Patekar's team are apparently trying to “cover up” the attack on her 10 years ago with “a lie”: "It was a lie to cover up and justify the heinous nature of the attack. That lie is still being perpetrated...Do not fall for that and get distracted. The lie was that someone from our side did something to instigate that attack and that it was an altercation between us and media. I urge everyone to find old footage from archives and go through them."

Meanwhile, speaking to ANI on Tuesday, Tanushree reiterated that she's not yet received any legal intimation from Nata Patekar - something which she's also said over the weekend. "I haven't received any notice. These threats are put so that others like me would be scared to come forward. Anyone with a similar experience shouldn't worry about these kind of intimidation tactics. The whole nation will support them," she said.

On Friday, Mr Patekar's advocate Shirodkar said that they were sending a legal to Ms Dutta demanding an apology: "In process of a sending legal notice to Tanushree Dutta, as she has made false allegations and has spoken untruth. We will send the notice later today which will basically a notice seeking apology for her statements making allegations," his lawyer told ANI.

Tanushree Dutta briefly joined the sets of Horn 'Ok' Pleassss, which she quit citing Nana Patekar's alleged inappropriate behaviour. After she recently revived the decade old controversy when asked about #MeToo movement, celebrities such as Priyanka Chopra, Twinkle Khanna, Farhan Akhtar, Renuka Shahane and Richa Chadha have voiced their support for Tanushree. However, when asked about the controversy, the matter was diplomatically tackled by the likes of Amitabh Bachchan, Aamir Khan and Salman Khan.