Tanushree Dutta Hasn't Received Any Legal Notice From Nana Patekar Yet. 'Threats Are Put To Scare,' She Says

Tanushree Dutta said, "These threats are put so that others like me would be scared to come forward" 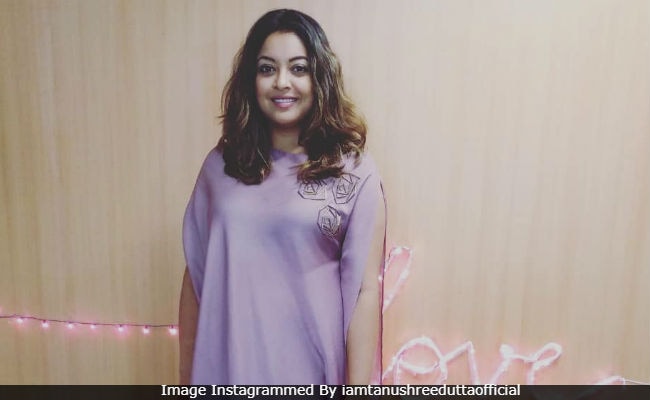 Tanushree Dutta has accused Nana Patekar of harassing her on a film set (Courtesy: Instagram)

Actress Tanushree Dutta hasn't received any legal notice from Nana Patekar, she told news agency ANI yet again on Tuesday. Ms Dutta, who has accused Nana Patekar of harassing her on a film set 10 years ago, said, "I haven't received any notice from Nata Patekar. These threats are put so that others like me would be scared to come forward. Anyone with a similar experience shouldn't worry about these kinds of intimidation tactics. The whole nation will support them." This statement from Tanushree comes just hours after she told the press about the attack on her car, which allegedly happened after she opted out of the film. An old video of her car being vandalised while she was seated inside has surfaced online and is now viral.

I haven't received any notice(from Nata Patekar).These threats are put so that others like me would be scared to come forward. Any one with a similar experience shouldn't worry about these kind of intimidation tactics.The whole nation will support them: Tanushree Dutta (File pic) pic.twitter.com/EogdF2mBGk

Tanushree has also accused Nana Patekar of sending goons to intimidate her after she walked out of a special song sequence because of his alleged inappropriate behaviour.

Meanwhile, Nana Patekar's lawyer on Friday said that they were sending a legal to Tanushree Dutta demanding an apology for her statements. "In process of a sending legal notice to Tanushree Dutta, as she has made false allegations and has spoken untruth. We will send the notice later today which will basically a notice seeking apology for her statements making allegations," his lawyer told ANI.

However, over the weekend, Tanushree denied of receiving any legal notice from them and told ANI, "Given the recent developments, I am putting together a team of lawyers and advocates to defend my interests. Also contrary to claims made by Nana Patekar's lawyer, I have not received any legal notice. So bluffmaster Gogo needs to step up his game a bit here."

"The lawyer along with his client should be questioned and taken to task. I've a humble request to bar association of India to call out and take action against him and other such people who help perpetrators further harass their victims and witnesses in the name of law," she added.

Speaking to NDTV earlier, Tanushree recollected the incident of the alleged harassment and the subsequent violence which followed after she 'rejected' Nana Patekar's advances. "I was threatened and my car was attacked... The harassment continued for years. I was attacked by a political party at the behest of Nana Patekar," she said. The 34-year-old actress was shooting a special song for 2008 film Horn 'Ok' Pleassss.

Of the alleged attack on her car, she said that Nana Patekar tried to "cover up" it up with a "lie." "It was a lie to cover up and justify the heinous nature of the attack. That lie is still being perpetrated...Do not fall for that and get distracted," she told the press.

Several Bollywood stars such as Priyanka Chopra, Sonam Kapoor, Twinkle Khanna, Farhan Akhtar, Renuka Shahane and Richa Chadha and others have come out in support of Tanushree Dutta.