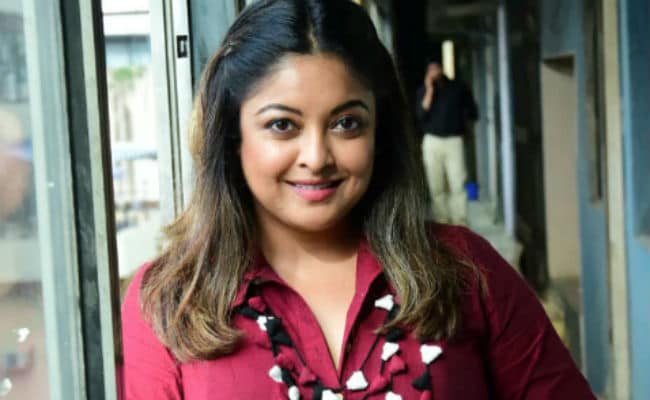 "I am putting together a team of lawyers," Tanushree Dutta added

Actress Tanushree Dutta claims she hasn't received any legal notice from Nana Patekar, whom she has accused of harassing her on a film set 10 years ago. Speaking to news agency ANI, Tanushree Dutta said that she is in talks with her lawyers and that Nana Patekar should "step up his game". "Given the recent developments, I am putting together a team of lawyers and advocates to defend my interests. Also contrary to claims made by Nana Patekar's lawyer, I have not received any legal notice. So bluffmaster Gogo needs to step up his game a bit here," the 34-year-old actress told ANI on Saturday. 2005's Bluffmaster is Nana Patekar's film with Abhishek Bachchan and Priyanka Chopra, who recently voiced her support to Tanushree Dutta.

In her defence, Tanushree also said that she will request the bar association to take legal action against Nana Patekar. "The lawyer along with his client should be questioned and taken to task. I've a humble request to bar association of India to call out and take action against him and other such people who help perpetrators further harass their victims and witnesses in the name of law," she told ANI.

The lawyer along with his client should be questioned&taken to task. I've a humble request to bar association of India to call out&take action against him&other such people who help perpetrators further harass their victims&witnesses in the name of law: Tanushree Dutta (File pic) pic.twitter.com/4qsAyqpviL

Nana Patekar's lawyer on Friday said that they were sending a legal notice to Tanushree Dutta demanding an apology for her statements. "In process of a sending legal notice to Tanushree Dutta, as she has made false allegations and has spoken untruth. We will send the notice later today which will basically a notice seeking apology for her statements making allegations," his lawyer told ANI.

Nana Patekar previously told Times Now that he was considering suing Tanushree Dutta and said, "What do you mean sexual harassment? There were 50-100 people on the set with me."

Tanushree Dutta, earlier this week, said that Nana Patekar allegedly harassed her while filming a song for 2008 film Horn 'Ok' Pleassss, which she later quit. She also accused him of sending goons to threaten and intimidate her.

Tweets supporting 'brave' Tanushree Dutta have been posted by stars like Twinkle Khanna, Sonam Kapoor, Priyanka Chopra, Farhan Akhtar and several others. In a recent interview to Zoom TV, Tanushree Dutta pointed out particularly to Twinkle's tweet and said that "her husband (Akshay Kumar) is working with Nana Patekar but."

Meanwhile, Tanushree Dutta has also alleged that Chocolate director Vivek Agnihotri allegedly told her to "take off your clothes and dance" while filming. However, her male co-stars, Irrfan Khan and Suniel Shetty, spoke up for her.