Nana Patekar says: "Will see what I can do legally" 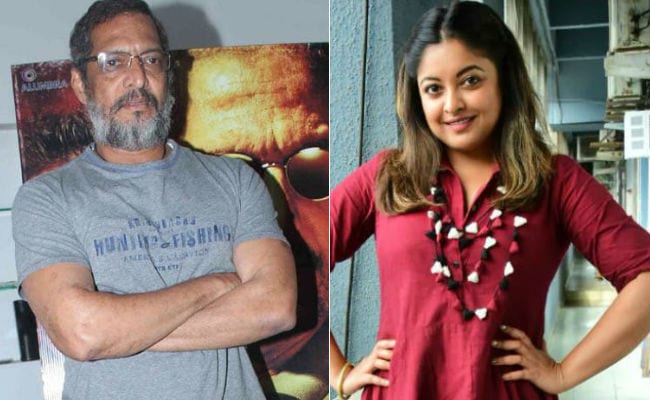 Accused of sexual harassment by actress Tanushree Dutta, Nana Patekar remains defiant. In his first response to the allegations, Mr Patekar told Times Now that he is considering legal action and claimed support from the film unit present at the time. "What do you mean sexual harassment? There were 50-100 people on the set with me," Mr Patekar said, adding, "Will see what I can do legally. It's a waste talking (to media), you guys will play up anything." Nana Patekar has been accused not only of aggressive and unwelcome behaviour towards Ms Dutta on the set of 2008 film Horn 'Ok' Pleassss but also of using political connections to threaten and intimidate her.

Nana Patekar, who has been praised for his relief work with impoverished and drought-affected farmers in Maharashtra, also told Times Now, "People can say whatever they want to say, I will keep doing my work." He was referring to Tanushree Dutta's criticism of using his charity work as a cover for his allegedly terrible behaviour.

This week, Tanushree Dutta controversially named Nana Patekar as the actor who allegedly harassed her while filming a song sequence 10 years ago - Ms Dutta eventually quit the film. "He was grabbing my hands and teaching me how to dance," Ms Dutta told NDTV in an interview. She also alleged that Mr Patekar sent goons from the Raj Thackeray-led Maharashtra Navnirman Sena or MNS after her when she rejected his advances.

So far, Bollywood has failed to respond to the accusations against Nana Patekar with anything like the condemnation with which Hollywood reacted to Harvey Weinstein. Amitabh Bachchan outright refused to comment on the matter; Aamir Khan offered a diplomatic response; choreographer Ganesh Acharya, who worked on the 2008 film in question, defended Nana Patekar by telling News18, "I can confirm that nothing this sort of happened. It's a wrong statement that Nana ji called members of some political party on set." He did admit that "There was some misunderstanding."

Meanwhile, actresses Kriti Sanon and Pooja Hegde and filmmaker Farah Khan have blithely taken off for a Housefull 4 shoot with Nana Patekar as if nothing has happened.