Asked about Tanushree's accusation against Nana Patekar, Big B and Aamir neatly sidestepped expressing anything remotely resembling an actual opinion. 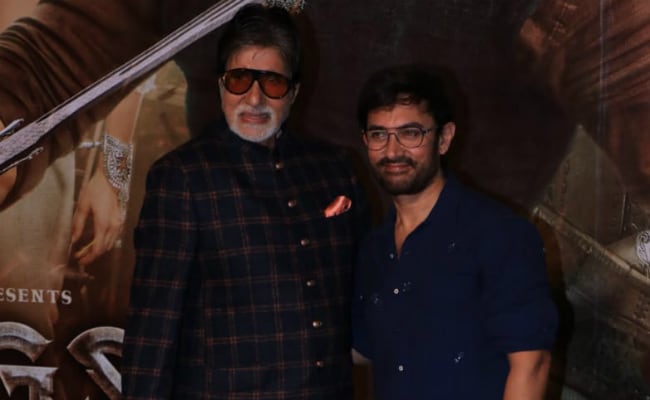 The question of Tanushree Dutta cropped up inevitably at the launch of the trailer of new film Thugs Of Hindostan and, unsurprisingly, no answer was forthcoming. Asked for their responses to Ms Dutta's accusation of harassment against actor Nana Patekar, Thugs Of Hindostan stars Amitabh Bachchan and Aamir Khan neatly sidestepped expressing anything remotely resembling an actual opinion. Mr Bachchan, artful dodger of tricky questions, refused comment outright. "My name is neither Tanushree nor Nana Patekar, how can I answer your question," said the 75-year-old actor, news agency ANI reports.

Aamir Khan offered a more diplomatic reply. "Without knowing the veracity of something, it's not right for me to comment on it. But whenever something like this does happen, it's a sad thing. Whether this has happened, that is for people to investigate," Mr Khan said, reports ANI.

We can't say we're surprised by Amitabh Bachchan's refusal to answer, given that it is his stock response when questioned on current affairs or controversies. Aamir Khan, however, has been known to speak his mind (and paid a price for it) - he was pretty much the only Bollywood A-lister who outright condemned, without qualification, his colleague and friend Salman Khan's remarks on how training for his 2016 film Sultan left him "feeling like a raped woman."

Tanushree Dutta has alleged that Nana Patekar behaved aggressively with her on the sets of a 2008 film, which Ms Dutta opted out of, and that she was threatened by a political party at Mr Patekar's behest.

Tanushree Dutta has also claimed that Mr Patekar's alleged harassment was common knowledge and has criticised actors Rajinikanth and Akshay Kumar for making films with him after the fact. Ms Dutta says she has spoken about the alleged harassment several times over the last decade and was isolated.