Tanushree Dutta, Who Accuses Nana Patekar Of Harassment, Says She Was Threatened, Car Was Attacked

"I was attacked by a political party at the behest of Nana Patekar," said Tanushree Dutta 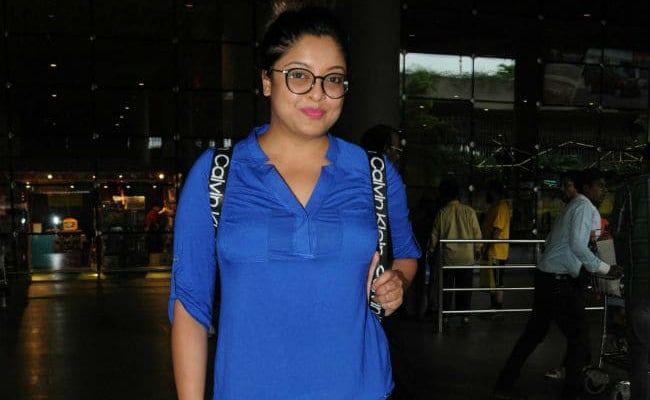 "A lot of people are getting away with harassment," said Tanushree Dutta

Actress Tanushree Dutta alleged that Nana Patekar harassed her while shooting for a film Horn 'Ok' Pleassss in 2008. She opted out of the film because of Nana's misbehaviour. Tanushree spoke to NDTV about the incident and the harassment that followed. She also explained why actresses don't come out and talk about such cases. Speaking to news agency ANI on Wednesday, the actress also named choreographer Ganesh Acharya as part of her allegations. Here's what she told NDTV:

Q: You spoke about an incident on a movie set with your then co-actor Nana Patekar that happened many years ago. This is a huge allegation that you are making. What made you come out now to talk about this?

Tanushree: Well, I have been speaking about it for the last ten years. I want to say one thing, this is an allegation, this is not huge. It's happening rampantly everywhere. A lot of people are getting away with harassment. It's not huge. It's time to make this dialogue normal. Yes, this bugger troubled me, let's go after him. Let's make sure he doesn't do it again. Ten years back this was a taboo topic.

Q: So what you are saying is that ten years ago the narrative was different, now with the #MeToo movement, you think your story is getting the importance. Is it because of the changing times?

Tanushree: It's better now. Some people are still functioning in the older ways. When a woman speaks she is claiming but when a man speaks he is saying. This is the reason why a lot of women don't come forward because they don't want to be the girl who is claiming harassment.

Q: You said Nana Patekar was not supposed to choreograph that song, what made you feel that he was the one who was adding or changing dance steps?

Tanushree: I was there. He was grabbing my hands and teaching me how to dance.

Q: You called Nana Patekar a culprit and said stars like Akshay Kumar and Rajinikanth should not work with him, you think it helps his career and stardom if other stars work with him?

Tanushree:Of course! His career is built on doing supporting roles for big stars. He doesn't have the credibility to sell a movie by himself. He is a pathetic actor.

Q: Other stars may be signing films which have Nana Patekar for other reasons like the story or the director. Do you still feel that they should take a stand and not be a part of those films because Nana Patekar is in it?

Q: You were threatened?

Tanushree: Yes! I was threatened and my car was attacked while my parents were in it. The harassment continued for years. I was attacked by a political party at the behest of Nana Patekar.

Q: Do you want to name the political party?

Tanushree: MNS (Maharashtra Navnirman Sena). It's a pathetic party by itself. They are also doing things to gain mileage for themselves by doing breaking down things. They have no standing of their own like BJP or Congress. It's easy to take an honest individual who is trying to earn a living and overpower them with muscle power and then call yourself powerful and strong.

Q: You are not working in the film industry right now so is it easy for you to speak up but it's difficult for other actresses who are actively working. Do they fear they will lose work?

Tanushree: Yes, they will recall, in 2008 Tanushree spoke and nothing really happened and she was gone, she was nowhere to be seen. I didn't leave just for this incident. I got about 40 odd offers even after that. People didn't speak out in the open but they supported me.

Q: So if an actress speaks out, the industry will support them?

Tanushree: The industry will support from behind. They call up and support but they don't come out and condemn anything and they don't stop working with them.

Q: What next Tanushree? Will you file a case or a police complaint?

Tanushree: I did what I had to do back in the day. Those complaints didn't lead to anything, it just led to more and more harassment for me and my family. Law and order in our country have to be more victim-friendly rather than perpetrator-friendly. The time frame from filing a complaint and getting justice has to reduce otherwise its harassment for the victim. I am not working in the film industry, I am not earning crores. I will get justice through the media trial.