Tanushree Dutta 'Neither Shocked Nor Surprised' By Closing Of Case Against Nana Patekar. Read Her Statement

A 'corrupt police force' has given 'a clean chit to an even more corrupt person' Nana Patekar, Tanushree Dutta said in a lengthy statement 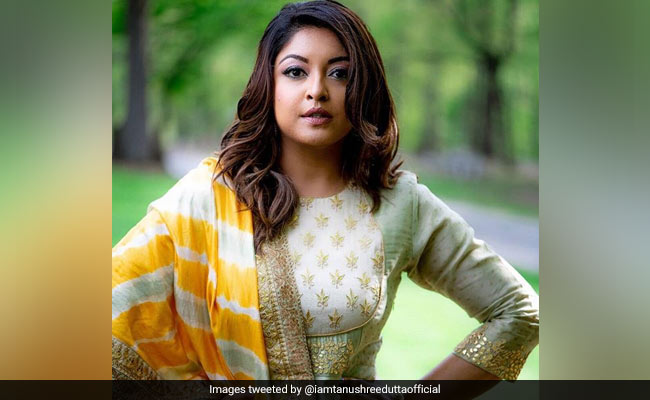 "I still believe that I will get justice," said Tanushree Dutta (courtesy iamtanushreeduttaofficial)

Actress Tanushree Dutta is 'neither shocked nor surprised' that Mumbai Police have closed the case of sexual harassment she filed against Nana Patekar citing lack of evidence; a 'corrupt police force' has given 'a clean chit to an even more corrupt person,' Ms Dutta said in a lengthy statement released on Thursday. Mumbai Police told a court on Thursday they were 'unable to continue the investigation,' news agency ANI reported. Tanushree Dutta has accused Nana Patekar of sexually harassing her on the sets of a film 10 years ago and using political connections to send goons after her when she rejected his advances.

Tanushree Dutta, 35, is credited with kick-starting the #MeToo movement in Bollywood last year; several other women came forward with their own stories of harassment, among them writer-producer Vinta Nanda who revealed she had been allegedly raped by actor Alok Nath. Tanushree Dutta's statement cites Mr Nath, who recently appeared in an Ajay Devgn film, to much criticism.

Tanushree Dutta also questioned the investigative process, claiming her witnesses had been silenced and invoking a video of her car being attacked. Ms Dutta's version of events on the film set have been partly corroborated by two women, a journalist and an assistant director, on Twitter.

Tanushree Dutta, whose lawyer has said they will approach the Bombay High Court, said in her statement that she was tired of fighting but that the alleged failure of justice in her case should not discourage other survivors of harassment and assault from speaking up.

Tanushree Dutta, star of films such as Aashiq Banaya Aapne and Chocolate, has received widespread support from many in the film industry, including from author Twinkle Khanna whose husband Akshay Kumar was making Housefull 4 with Nana Patekar; Mr Patekar is no longer in the film.

"A corrupt police force and legal system giving a clean chit to an even more corrupt person Nana who has been accused even in the past of bullying, intimidation and harassment by several women in the film Industry. Our witnesses have been silenced by intimidation and fake witnesses have been put forth to weaken the case. What was the rush to file a B summary report when all of my witnesses have not even recorded their statements yet? I'm neither shocked nor surprised; being a woman in India this is something we all have got used to.

"If rape accused Alok Nath got a clean chit and returned to movies, then surely it was not going to be difficult for harrassment accused Nana Patekar to get himself or shall we say buy himself a clean chit to continue to bully hapless young women.

"But the proof is often in the pudding and a gentle reminder to the Indian public to watch the video of my car being mercilessly attacked and broken while me and my family tried to escape from these monsters on Horn OK Pleassss set 10 years ago. After this, if you still decide to watch their movies and support then it's your bad karma. You are a corrupt people with no justice but God's justice will rain on you someday hopefully and will avenge for all the humiliation, insult, harrassment, judgement and trauma I have had to endure in the last 10+ years because of this attitude. That is my hope finally for a life without hope is like a candle without fire.

"I pray that I never have to deal with this kind of toxicity ever again in life. I'm tired of fighting alone against oppressors, bullies and a corrupt system. I have better things to do in life with my talent and skill set and I need to focus on those but please don't take this example to mean that you will not be heard when you speak up! Continue to expose these creeps through social media and other platforms so that in future, people would think twice before troubling an innocent young girl.

"I still believe by the way that I will get justice and victory will be mine!! How, only time will tell - Tanushree Dutta"