'Beyond My Control,' Says Ajay Devgn After Being Criticised For Co-Starring With Alok Nath

"It would also have been a huge monetary loss for the producers," said Ajay Devgn 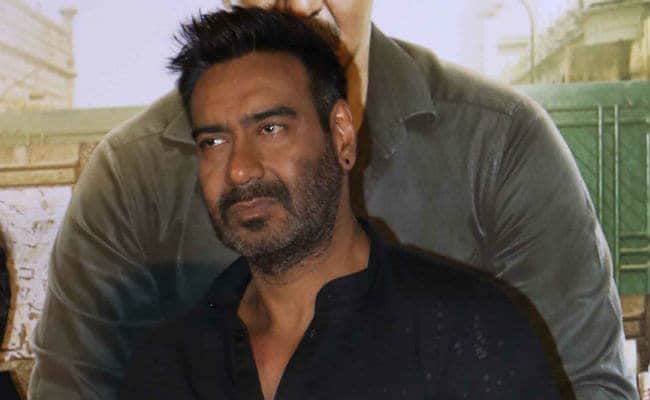 Ajay Devgn photographed at an event in Mumbai.

Ajay Devgn is learning the hard way that promises made on a public forum - in this case, social media - are not to be taken lightly. six months after he pledged in a tweet never to work with #MeToo accused, Mr Devgn is being called out for co-starring with actor Alok Nath, who was outed as an alleged sexual predator by TV producer Vinta Nanda last year. Now, after being roundly slammed for not sticking by his promise, Ajay Devgn has defended himself in a statement, claiming 'circumstances were beyond his control' and that he was being unfairly 'singled out.' Alok Nath has been cast with Ajay Devgn in an upcoming film called De De Pyar De.

In his statement, Ajay Devgn says: "Coming to the question of having worked with Mr Alok Nath in my upcoming film De De Pyar De, here I must put certain things in perspective. reiterate I am extremely sensitive to the #MeToo movement. But when circumstances are beyond me, I don't see why an attempt is being made to 'single' me out as being insensitive. This is untrue."

Mr Devgn, 50, claimed in his statement that logistics did not allow Alok Nath's part to be recast. His statement reads: "The portions with Mr Alok Nath were canned by August in Manali. The said portions were shot over 40 days across various sets and an outdoor location with a combination of over 10 actors. By the time the allegations came out (in October 2018) the actors in the film including me had already started work on other films."

Ajay Devgn also claimed that replacing Alok Nath in the film would have been a unanimous decision and that it wouldn't have been up to just him: "It would also have been a huge monetary loss for the producers. Everyone is aware that film-making is a collaborative process. The decision to replace Mr Alok Nath could never have been mine alone. In this case, I would have to go with the joint-decision of the entire unit," read his statement.

Ajay Devgn's statement comes a day after Tanushree Dutta, who is credited with starting the MeToo Movement in India, released a statement, in which she criticised the actor for casting Alok Nath, who was accused last year of having raped, harassed and intimidated Vinta Nanda several years ago. "Tinsel town is full of liars, show-offs and spineless hypocrites. And it seems by a large public consensus that the sign post is pointing currently at Ajay Devgn," read an excerpt from Ms Dutta's statement.

Vinta Nanda herself seemed more resigned to the inevitability of Mr Devgn going back on his word, telling mid-day: 'I don't expect anything from Ajay Devgn. I don't think he is in any position to take a stand. The money riding on the project is the only dharma for them."

When Ajay Devgn was asked about Mr Nath's casting in the film during the trailer launch of De De Pyaar De, the actor neatly dodged the question, saying: "This is not the right place to talk about it. And jinki aap baat kar rahe hai woh film uske pehle complete hui (the film was completed before the allegations surfaced against the concerned person)," news agency PTI reported.

De De Pyaar De is a romantic comedy directed by Akiv Ali and produced by Luv Ranjan. The film also stars Tabu and Rakul Preet Singh. The film is slated to release on May 17.