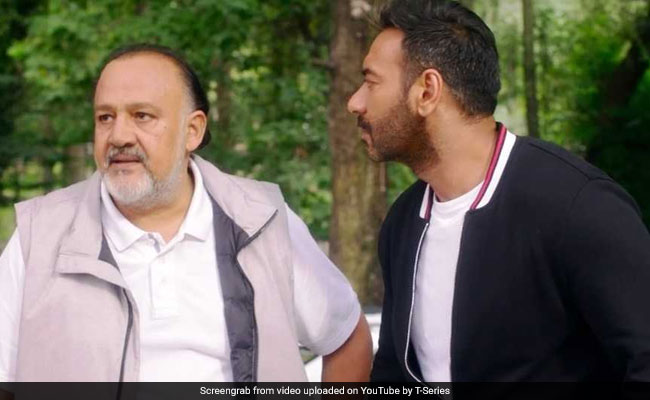 Actor Ajay Devgn's new film De De Pyaar De also features actor Alok Nath, who was named and shamed in India's #MeToo movement last year. Speaking of Alok Nath's casting in the project, actor Ajay Devgn said during the launch of the film's trailer today, "This is not the right place to talk about it. And jinki aap baat kar rahe hai woh film uske pehle complete hui (the film was completed before the allegations surfaced against the concerned person)," reported news agency PTI. Tara writer Vinta Nanda first recounted her harrowing account of rape, in which she implicated Alok Nath, in October 2018. A major chunk of De De Pyaar De completed in the first half of 2018.

Several Twitter users were not convinced with Ajay Devgn's reply and said that the team "could have given him the boot post the allegations."

Shame on @ajaydevgn for defending Alok Nath. They could have given him the boot post the allegations & FIR. I hate when celebs say "this is not the right platform to discuss". Issues such as this deserved to be discussed on every platform. #DeDePyaarDeTrailer@IndiaMeToohttps://t.co/fA5DGDOczq