Vinta Nanda: 'No End To My Battle Against Alok Nath But I Get Driven By People's Support'

Vinta Nanda said: "We all know there is no end to this" 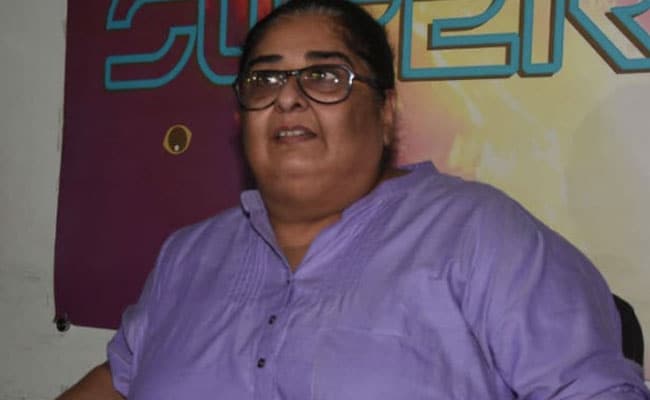 Writer-director Vinta Nanda, who has accused Alok Nath of sexual harassment and rape, Friday said she is aware that maybe there is no end to her battle with Alok Nath but it's the support of people that keeps her going. The director said she came out during the #MeToo movement without thinking about her next step. "We all know there is no end to this. I cannot bring any evidence, he cannot prove he has not done it and even I cannot prove it he has done it. So what are we fighting for in the courts? Why are we wasting time of the court? There is no law to support what happened 20 years ago, there is no precedence," Vinta Nanda said at a panel discussion on #MeToo organised by Screenwriters Association in partnership with Laadli initiative.

The panel discussion was moderated by actor Renuka Shahane. Vinta Nanda said she was also driven to see other's desire to bring about a change. "Sometimes I feel like getting out of all this as it is going no where and then I get driven my somebody telling me, I am doing something good and that change will take place," she said. Recollecting her meetings with associations like Cine And TV Artistes' Association (CINTAA) and Indian Film and Television Directors' Association (IFTDA), she said, "In the meetings with CINTAA I was able to speak my mind. But with IFTDA it was a dramatic situation. I did break down. It took me about two weeks to come back to my fight against it. "CINTAA had summoned him thrice but he did not respond favourably and they suspended him. With IFTDA it is yet to see what will happen," she added.

She said she filed a complaint with the police after Alok Nath's wife filed defamation case against her both civil and criminal. "The complaint that I had filed led to filing of FIR as the police kept summoning him for investigation and he did not turn up. Then it went to applying for anticipatory bail (from his side). That hearing was like trial," she said adding that she was portrayed as a delusional person in love with Alok Nath in their bail application. "It was so bizzare," she added.

Nishtha Jain, a documentary filmmaker, who has accused of Vinod Dua of sexual misconduct, said defamation lawsuit were being used to silence victims. "The biggest weapon they (perpetrators) used against us is the defamation case. After three defamation cases it seems the whole movement has fizzled out and it is real fear. You just want to able to bring closure to the matter. We have to create an environment where they are forced to apologise," she added.

Director Onir said he was heartbroken after hearing actor Saloni Chopra's story of sexual allegations against Zain Durrani. Zain Durrani made his debut in Onir's Kuch Bheege Alfaaz. Lawyer Heema Shirvaikar, said there was a need for more special courts to resolve such cases.

"In 2013, our criminal laws were changed, we have fast track courts for rape and sexual harassment cases. The problem is implementation, the dockets of courts are full, we need mechanisms like need for more special courts. With the number of cases increasing there will be a way to deal with it." The panel also touched upon the lack of female representation in a panel from the Hindi film industry which met PM Narendra Modi recently. "It is very strange that none of the men said it is a mistake and that next time we will make sure we have women," Onir said.