Alok Nath has been expelled from the membership till further notice 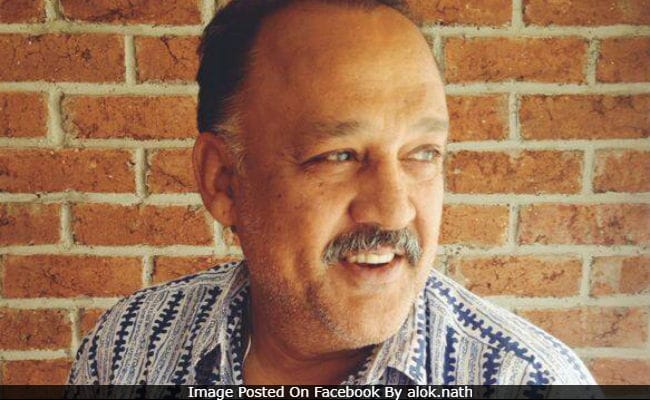 Alok Nath has been named and shamed by Vinta Nanda (Image courtesy: Facebook)

Actor Alok Nath, accused in several #MeToo accounts, has been expelled by the Cine And TV Artistes Association (CINTAA) till further notice for not showing up before its committee, news agency ANI has reported. Alok Nath failed to appear before the executive committee on Monday, a CINTAA official told ANI. Writer-producer Vinta Nanda has accused Alok Nath, 62, of raping her almost two decades ago. Alok Nath, best-known for his roles as sanskaari bapuji in several films and television shows, has also been accused of harassment and sexual misconduct by actresses Sandhya Mridul and Deepika Amin, as well as other women. The statement also added that if Alok Nath fails to appear during the annual general meeting on May 1, he will be permanently expelled.

CINTAA has expelled Alok Nath from its membership till further notice after he failed to appear before it's executive committee y'day. He has been asked to appear during AGM on May 1&if he fails,he'll be permanently expelled:Sr Joint Secretary,Committee of Cine&TV Artistes' Assoc pic.twitter.com/XtlyPIoreq

CINTAA had sent the show cause notice to Mr Nath earlier in October, after which his lawyer told ANI that he denies the allegations of sexual misconduct.

Speaking to ANI, the actor's lawyer said, "Alok Nath has responded to the notice issued by Cine And TV Artistes' Association (CINTAA) against him and has denied all allegations of sexual harassment." The notice required Alok Nath to explain why he should not be expelled from CINTAA, which has also promised Vinta Nanda 'full support' in the event of a formal complaint.

Previously, Alok Nath had refused to respond to a notice sent by the Indian Film And Television Directors Association (IFTDA) in connection with Vinta Nanda's claim that he raped her. Ms Nanda had revealed her #MeToo story in a deeply detailed and emotional Facebook post.

Alok Nath has sued Vinta Nanda for defamation, asking for a written apology and Re 1 as compensation.

Alok Nath is just one of several film and TV personalities to be implicated in the #MeToo movement. The movement gained momentum in September, after actress Tanushree Dutta renewed a decade-old accusation of harassment against actor Nana Patekar. Filmmaker Sajid Khan, singer Kailash Kher, music composer Anu Malik and many others have been caught up in the #MeToo movement.

(With ANI And IANS inputs)