"We had fun shooting it and we completed the film, laughing along the way," said Farhad Samji 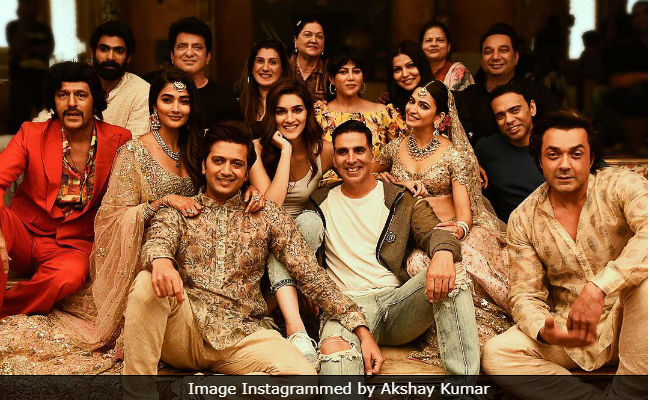 Writer-director Farhad Samji, who replaced Sajid Khan to helm the fourth installment of Housefull after the latter was named in the #MeToo movement, says taking over the comedy film mid-way was not a "big creative jerk".

Housefull 4 was being directed by Sajid Khan and was supposed to be his comeback to direction after his 2014 box office debacle Humshakals but he stepped down from the project following multiple sexual misconduct accusation against him. Farhad, who also directed the third installment of the hit franchise, said since he was involved in the writing process of Housefull 4, things were easy.

"It (taking over) wasn't difficult at all. I was already writing screenplay and dialogues for the film. I have a habit of narrating a film with voice modulation, mimicry. I am also present on the sets. I was on sets even on the earlier schedules (of the film). "I also have a good equation with Akshay Kumar as I've worked with him in Entertainment and Houseful 3. So it wasn't a big creative jerk but technically, when you become a director, fifty other departments open up. It was a pleasant technical experience," Farhad told PTI.

The writer, who has written more than 35 films, said the mood on the set didn't take a dent as they were making a mad capper and everyone came together to make a good film. "We were making a mad capper so the mood had to be that way from day one, since I joined and started to shoot. So there was no question of any mood change. We had fun shooting it and we completed the film, laughing along the way," he said.

Farhad is currently elated with the response to his recent Rohit Shetty's Simmba, which has touched RS 200 crore mark at the box office. The writer says the biggest challenge while writing the film was to distinguish between the character of Ranveer Singh's cop and Ajay Devgn, who played a righteous police officer in Singham, also penned by him. "The biggest challenge is how to make the character different from the ones I've previously written. Here, it was all the more because we wrote Singham which is a cult. To showcase Simmba in a new light, was a challenge. "Since Rohit was the director for both, the comparisons would be there. Ranveer's character is nothing like Bajirao Singham. So that's the only challenge."

Often the perception is that writing a larger than life massy film is easier as compared to an indie film but Farhad says there is extreme hardwork which goes into making movies of such kind. "If you ask Salim-Javed or Kader Khan, who's now no more, you'll know if it's easier to write commercial films. Only those who don't write commercial cinema say it's easy to make. I write so I know commercial writing is very tough."

Though Simmba has been lapped up by the audience, critics have pointed out how the film uses rape as a trigger to bring about an evolution in Ranveer's character, who eventually has a change of heart. Farhad says the team didn't intend to use rape as a trigger but hit home a larger point about doing the "correct" thing.

"When we had our story sitting, we thought what is that issue which will relate to every woman, every man, every family. Rape is something which still happens and we wanted to highlight this menace in the society. "It was never meant to be used as a trigger to make Ranveer go from bad to good. We wanted to hit home the larger point," he said.