Alok Nath, who stars in Ajay Devgn-headlined De De Pyaar De, was implicated by Vinta Nanda in her #MeToo story 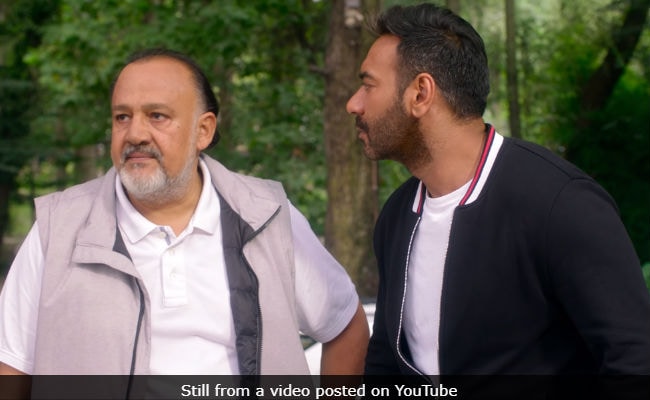 Writer Vinta Nanda, who alleged that Alok Nath raped her back when they were working on TV show Tara, told mid-day that she "did not expect anything" from Ajay Devgn (and the film industry at large), as the actor co-stars with Alok Nath in upcoming film De De Pyaar De. "I don't expect anything from Ajay Devgn. I don't think he is in any position to take a stand. The money riding on the project is the only dharma for them," Vinta Nanda told mid-day. Vinta Nanda first recounted her harrowing account of rape, in which she implicated Alok Nath, in October 2018. After Vinta Nanda openly named Alok Nath in her #MeToo story, several other female artistes named and shamed the Hum Aapke Hain Koun...! actor in their own distressing accounts. Several co-stars also talked about Alok Nath's "Jekyll and Hyde" personality.

"When it comes to the box office, nobody (in the industry) follows any other religion. There is no right and wrong. Their politics and ideologies go for a toss. Their reluctance to take action is the giveaway (of their intentions)," Vinta Nanda added.

Before Vinta Nanda, actress Tanushree Dutta, who is widely considered to be the harbinger of India's #MeToo Movement, slammed Ajay Devgn for casting Alok Nath in his project. Tanushree Dutta called Ajay Devgn a 'hypocrite' for retaining Alok Nath in the film even after he was implicated in several #MeToo stories. "During the #MeToo movement in India, the actor had tweeted and sworn never to work with those accused and now in a surprising and convenient turn of events is working with rape and harrasment accused Alok Nath and supporting him to make a comeback to Bollywood," she said in a statement, reported IANS.

After the trailer of De De Pyaar De released on Ajay Devgn's birthday, all hell broke loose on the Internet over the casting of Alok Nath, which Ajay Devgn explained saying: "The film was completed before the allegations surfaced against the concerned person." Of this, Tanushree told IANS: "Nobody even knew before the posters and trailers that Alok Nath is in the film, so if Ajay and the makers wanted they could have just quietly replaced him and re-shot his portions (which is barely 10-15 days for character actors in Bollywood), and given Vinta Nanda the respect she deserves as well as several other women who were troubled by this guy... but no."

In Hollywood, director Ridley Scott replaced MeToo-accused actor Kevin Spacey with Christopher Plummer in his movie All The Money In The World just weeks before the film's release in 2017. Ridley Scott re-filmed chunks of the movie with Christopher Plummer. Closer to home, actor Nana Patekar and director Sajid Khan were shown the door (albeit after a short delay) after #MeToo stories piled up against them.