Housefull 4's Kriti Sanon On #Metoo Allegations Against Sajid Khan, Nana Patekar: 'It Was Weird To Be On Set'

"We all just wanted to make the film in a good manner and make sure all of this doesn't affect the final product," said Kriti Sanon 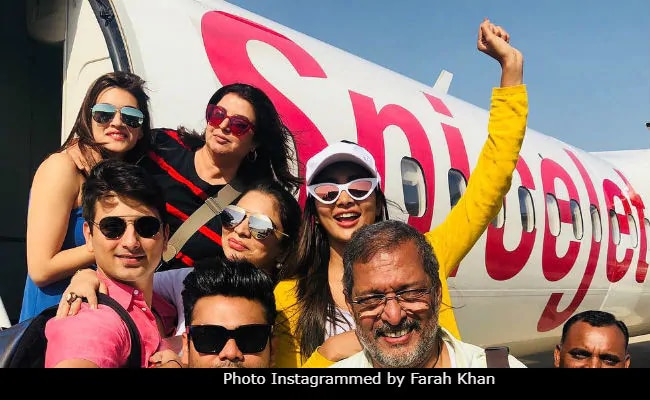 Actor Kriti Sanon says when the #MeToo allegations surfaced against Housefull 4's former director Sajid Khan and her co-star Nana Patekar, the team took swift actions as they were focused about not letting it affect the final product. Sajid Khan stepped down from the project following multiple accusations of sexual misconduct against him. He was replaced by writer Farhad Samji as the director. Nana Patekar too, distanced himself from the comedy after being accused of harassment by actor Tanushree Dutta. He was replaced by actor Rana Daggubati.

"It was weird to be on set with all that going on. Someone else directing us suddenly in the middle of the film. But I give it to producer Sajid Nadiadwala sir. He took certain decisions and handled it very well. We didn't stop shooting for more than two days," Kriti told PTI.

Its ok to work during ur holidays whn its with these 3.. @riteishd @akshaykumar @iambobbydeol #Houseful4.. #londonlif

The actor says the team, including actors Akshay Kumar, Kriti Kharbanda, Bobby Deol, Riteish Deshmukh and Pooja Hegde, were focused on the film and in delivering a good final product. "We finished our schedule a day before we were supposed to finish. That way, we all just wanted to make the film in a good manner and make sure all of this doesn't affect the final product. A film once made is out forever. We were together in it."

The Bareilly Ki Barfi star says some of the highlight sequences of the film were shot after the #MeToo allegations surfaced and were handled very well. "We shot some major sequences including the interval and the climax after that. These sequences are usually crazy because the entire star cast is together. Our producer took the call of spending that extra money to reshoot scenes with no fault of his," she added.

With the lovely ladies of #housefull4.. they really do get along.. coz heroines fighting is sooooo passe @kritisanon @hegdepooja @kriti.kharbanda #luckyshirt

Kriti will be next seen in Luka Chuppi co-starring Kartik Aaryan. The film, directed by Laxman Utekar and written by Rohan Shankar, is scheduled to release on March 1.