Tanushree Dutta now revealed that while filming 2005's Chocolate, she was allegedly told by the director to 'take her clothes off 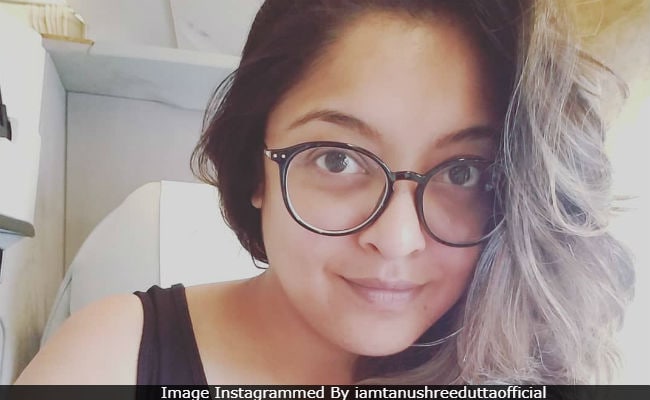 Actress Tanushree Dutta's not done yet. After her explosive accusations about allegedly being harassed by Nana Patekar on a film set 10 years ago, she has now revealed the extent of casual sexism that she, and likely other actresses, face at the workplace. Speaking to DNA, Ms Dutta reveals that while filming 2005's Chocolate - one of her best known screen appearances - she was allegedly told by the director to 'take her clothes off and dance' off camera in order to provide her co-star Irrfan Khan with 'cues.' Ms Dutta didn't name the director but she didn't have to - Chocolate was helmed by Vivek Agnihotri, who has recently made headlines for distasteful remarks and tangled publicly with actress Swara Bhasker, about whom he posted offensive and abusive tweets.

This story, however, has one upside - Ms Dutta's co-stars Irrfan Khan and Suniel Shetty instantly came to her defence, she says.

This time, unlike the alleged Nana Patekar incident, everyone took Ms Dutta's part. "...The male actor had to shoot back at the director saying, 'I don't need her to take off her coat and dance for me to give facial expressions. This was Irrfan Khan. I really appreciated that he actually spoke up like that because it was his close-up shot. I'm not in the frame. He had to look at me and give some expressions. Why do I have to dance in front of him for him to give expressions on his close-up shot. This director tells me.... I was shocked!" she told DNA.

"The actor was horrified. And, because he had done some work, he could say something. He just told the director, 'What are you talking about? I can give my close-up. Mujhe acting aati hai'. Suneil Shetty also spoke up. He was also there, he heard it and he got offended by it. He was like, 'Main aayun kya wahaan cues dene ke liye?' Yeah of course, there are good people in the industry. Both, Irrfan Khan and Suniel Shetty spoke up. Suniel scolded that guy," revealed Tanushree Dutta.

Not all men. Good to know.

This week, when Tanushree Dutta named Nana Patekar for allegedly harassing her while filming a song sequence in 2008, she also accused him of sending goons to threaten and intimidate her. "He was grabbing my hands and teaching me how to dance," Ms Dutta told NDTV in an interview. When she rejected his alleged advances, Mr Patekar used his political connections to have goons surround her vanity van and attack her car, she said.

In her previous interview to Zoom TV, the former Miss India said that industry insiders allegedly knew about Nana Patekar's reportedly indecent behaviour with women - and did nothing. Akshay Kumar and Rajinikanth worked with Mr Patekar, Tanushree Dutta said, adding that there's "no hope for any movement to happen if big stars" do not boycott actors like Nana Patekar.

Nana Patekar response has been one of defiance.. He is in the process of sending legal action to Tanushree Dutta. However, Twitter testimonies from a journalist and an assistant director present on set dispute his denial while supporting Tanushree Dutta's version of events.