"There were a couple of scenes which were really difficult," Mrunal Thakur said 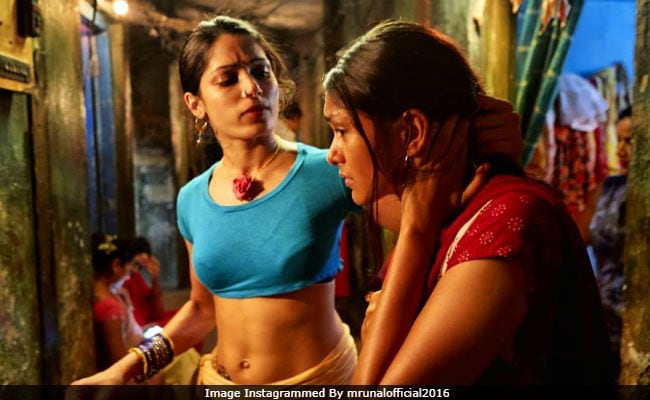 Her role as a victim of sex trafficking was so harrowing that Mrunal Thakur almost backed out.

To research the experiences of women and girls sold into the sex trade, like the title character she plays in the film Love Sonia, Mrunal Thakur met survivors in red light districts in Mumbai and Kolkata.

In one brothel, she was shown beds that had been placed up on bricks. When she asked why, she was told it was so that children could be hidden underneath the bed while their mother was forced to serve clients.

"There were a couple of scenes which were really difficult... There was a point where I told Tabrez I can't do it," Mrunal Thakur says, referring to the film's director, Tabrez Noorani.

"He was like: 'Just remember the girls whom you met in Kolkata. And don't you want to make sure that -- don't you want to do something good? If you can be the voice for these voiceless girls, even if one girl is saved after watching this film, don't you think that would be a great achievement?' And I was like: 'Yes.' So that's what kept me moving."

The film is the directorial debut for Tabrez Noorani, a veteran producer with credits on major international films shot in India, such as Oscar-winner Slumdog Millionaire, Life of Pi, Eat Pray Love and The Second Best Exotic Marigold Hotel.

"All the directors that I have worked with, you know, the only advice that they would give me was your first film needs to be about something that you feel passionately about," he said.

He first stumbled on a story about sex trafficking and began doing research to make sure his film would be realistic. He found himself "sucked in" by the subject, Tabrez Noorani said. "I feel like the subject found me."

He spent more than a decade investigating, eventually working with non-profit groups that help women escape from the trade. "We had rescued girls and set up girls in shelters and it was just a story that I felt very passionately about."

The response from moviegoers in India has been mixed so far. Richa Chadha says many are still afraid of such a difficult subject.

"If a girl is abducted and even if she is found later chances are the family may not accept her back because it would bring her bad name in the village and in the community," she said. "It's a very uncomfortable truth for anybody in India to accept, but this is the truth."

(Except for the headline, this story has not been edited by NDTV staff and is published from a syndicated feed.)
Comments
Mrunal ThakurLove Sonia