Varun Dhawan shared the post with a picture of himself, Sidharth Shukla and actress Alia Bhatt 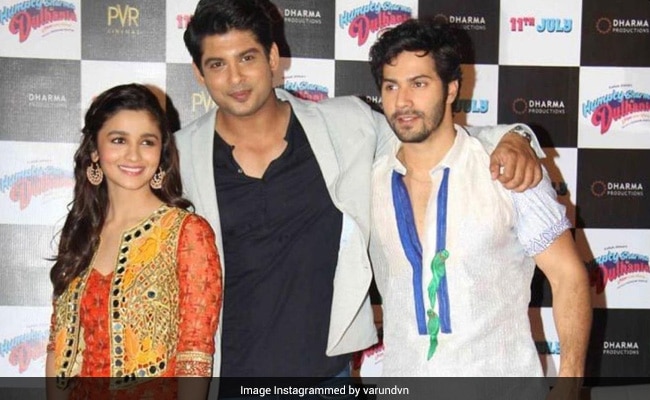 Sidharth Shukla's Humpty Sharma Ki Dulhania co-star Varun Dhawan shared a tribute post after the Bigg Boss 13 winner's sudden death on Thursday. Initial reports suggested he had suffered a heart attack; Mumbai's Cooper Hospital, where he was taken, will conduct a post-mortem. Grief-stricken posts from TV and Bollywood stars flooded social media after his death. On Instagram, Varun wrote, "RIP brother. You are loved by so many and you touched so many with your kind heart and beautiful personality. Today heaven has gained a star and we have lost one. My deepest condolences to the family and loved ones."

Varun Dhawan shared the post with a picture of himself, Sidharth Shukla and actress Alia Bhatt, who played the titular 'dulhania.' Read here:

Sidharth Shukla's breakout role was as the lead on TV show Balika Vadhu, co-starring late actress Pratyusha Banerjee. Balika Vadhu made him a star; Bigg Boss 13, which he won, made him a household name. Co-contestant Shehnaaz Gill and he were rumoured to be a couple and Sidharth's last few appearances were with her on the reality shows Dance Deewane 3 and Bigg Boss OTT. They also featured in a docu-film titled Siisila SidNaaz Ka which chronicled their time on Bigg Boss 13.

Sidharth Shukla appeared on other TV shows such as Dil Se Dil Tak and Love U Zindagi. He won Khatron Ke Khiladi 7 and competed on Jhalak Dikhhla Jaa . He also hosted the shows India's Got Talent and Savdhaan India.