Shahid and Mira helped Misha and Zain to tie the rakhi 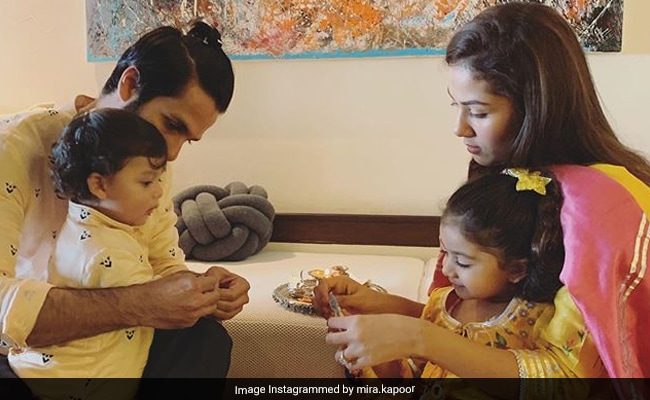 Shahid Kapoor and Mira Rajput's son Zain celebrated his first rakhi with sister Misha on Thursday and their picture will surely melt your heart. Sharing a glimpse from the celebrations on her Instagram profile, Mira Rajput posted a family photo, which features herself along with Shahid, Misha and Zain. Shahid-Zain and Mira-Misha can also be seen twinning in yellow-black and yellow-pink outfits. In the adorable click, Mira and Shahid can be seen helping Misha and Zain to tie the rakhi. Not only this, on one of her Instagram stories, Mira Rajput shared a photo of Misha and Zain opening their Raksha Bandhan presents (more on that later).

First, take a look at the adorable family photo:

The aforementioned photo shared by Mira Rajput feature the brother and sister opening their Raksha Bandhan gifts. Another photo features shagun envelopes with Misha and Zain's names written on it. 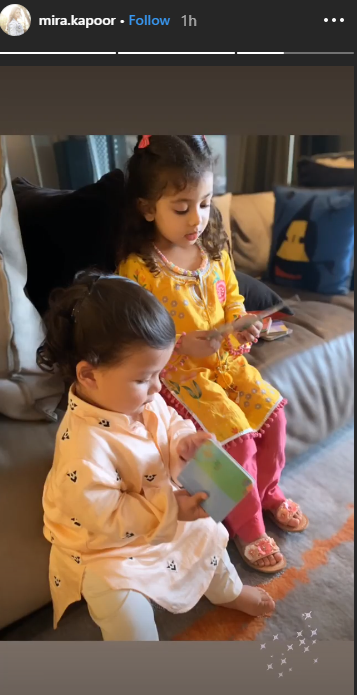 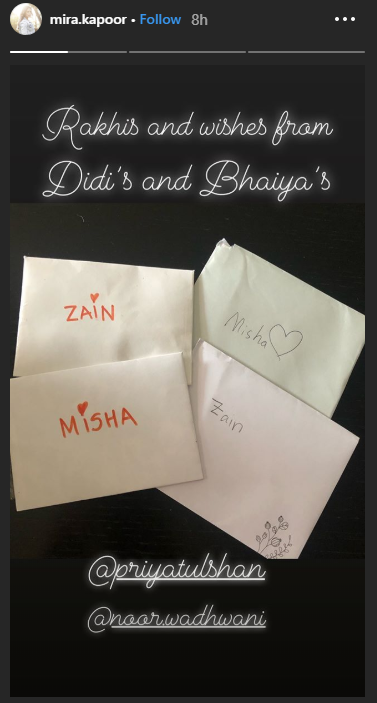 Several other Bollywood stars also shared adorable photos with their rakhi partners on social media. Proud brother Arjun Kapoor shared a picture on Instagram, in which multiple rakhis can be seen tied on his wrist. He also shared a couple of photos from the celebrations, which feature his sister Anshula Kapoor, cousins Sonam Kapoor (with her husband Anand Ahuja), Rhea Kapoor and Mohit Marwah. Sharing the pictures, in which Arjun can be seen hugging his sisters, he wrote: "Rakhi day! #inthepinkofhealth #famjam." We missed Arjun's sisters Janhvi and Khushi Kapoor from the family photo. Sharing a few more photos from the get-together, Anshula Kapoor captioned them: "Happy Rakhi #FamJam #BlessedWithTheBest. Missed you Janhvi, Khushi, Akshay Marwah, Harsh Varrdhan Kapoor, Aashita Relan Marwah, Shanaya Kapoor and Jahaan Kapoor. " 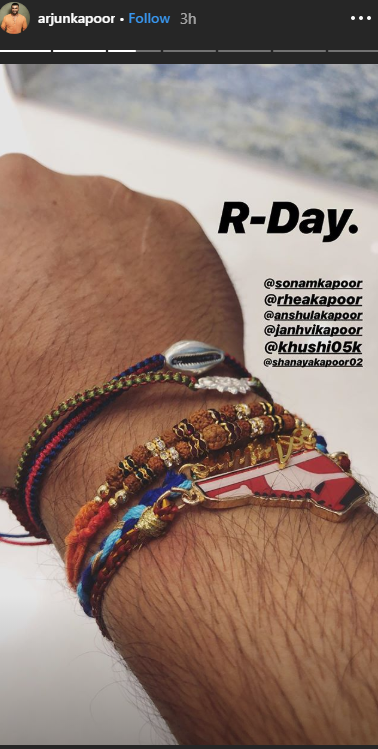 Even actor Ranveer Singh posted an adorable throwback picture with sister Ritika Bhavnani and accompanied with an equally sweet caption: "My Bestie, my protector, my angel. Love you, Didi #happyrakshabandhan."

My Bestie, My Protector, My Angel love you #happyrakshabandhan @riticulousness

The whole nation celebrated Raksha Bandhan along with the 73rd Independence Day this year.