"I think I stopped taking pressure when I reached a point where I could make choices about the work that I wanted to do," said Priyanka 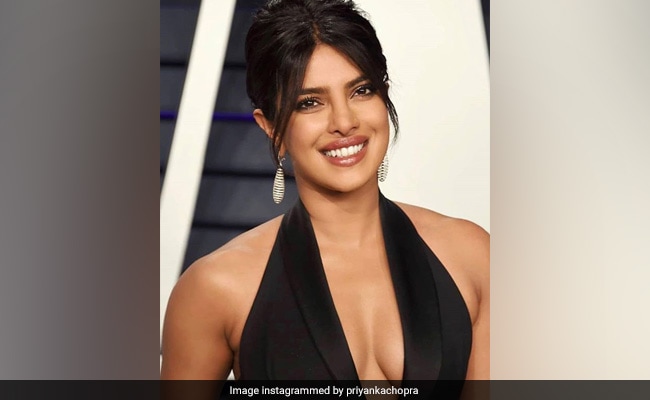 Actress Priyanka Chopra, who has worked in several Bollywood, as well as Hollywood films, says she doesn't take "pressure" during work now. In an interview with news agency IANS, the 37-year-old actress revealed that she has "reached a point" in her professional life where she could "make choices" about the work she wants to do. Priyanka, who was among the lead actors in The Sky Is Pink, also produced the film. Talking about the work pressure on playing dual roles, Priyanka Chopra told IANS: "I took pressure many years ago. Now I don't take pressure. I think I stopped taking pressure when I reached a point where I could make choices about the work that I wanted to do... When I didn't have to depend on people coming to me with the work."

"That sort of shifted not too long ago, just four or five years ago maybe. Unfortunately, with female actors, there is a lot of depending on a lot of people to approve before you are cast in a film. It is the truth. Hard to hear but it's the truth. That shifted for me just recently. I guess that gave me a sense of confidence to become a producer, to be able to helm films that I wanted to make," she added.

When asked what kind of films she likes to do, Priyanka said it varies from "challenging" to "reality-based." She said: "I like movies that challenge me. I like fiction as well as reality-based. I like the immersive experiences. I like something that will make me nervous coming to set. I like films where I look at my scene and I am like 'Oh my god! How am I going to do this?' When your fingers tingle, your toes curl... I like experiences like those."

She added that she still gets nervous but doesn't let her personal life affect her work. "Every performer gets the jitters because our outside environment influences us as a person. The only thing that experience has taught me is that between action and cut, no matter what is happening in my life, it won't affect me. Before that, I would get influenced. If I had a fight or was in a bad mood, it would affect my work. Now it doesn't," said Priyanka.

Priyanka Chopra made her debut with the 2003 film The Hero: Love Story Of A Spy. She has made her presence felt with powerful performances in movies like Aitraaz, Don, Fashion, 7 Khoon Maaf and Barfi!. Today, she owns the production company Purple Pebble Pictures, which has backed several National Award-winning films such as Ventilator and Paani.

Priyanka Chopra is currently prepping for a Hollywood superhero film We Can Be Heroes and Netflix's The White Tiger. Talking about her role in the superhero film, Priyanka said: "I can't tell you what I am playing in it but it will be really fun." She also revealed what's next on her roster: "I am also developing about six or seven other projects for the next year. Some of them will have me and some won't. They are regional, international and Hindi."

Priyanka Chopra was last seen in The Sky Is Pink, which also featured Farhan Akhtar, Zaira Wasim and Rohit Saraf in the lead roles.