The film will revolve around the story of a group of kids, who step up to save the world after aliens abduct all of Earth's superheroes 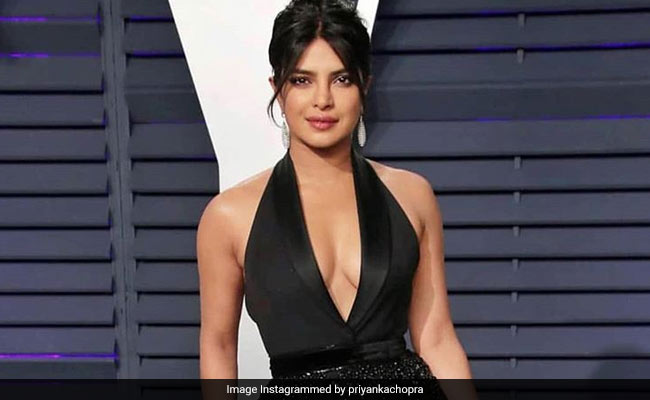 Actress Priyanka Chopra, who became a renowned name in Hollywood with Quantico and Baywatch, will feature in director Robert Rodriguez's Netflix film We Can Be Heroes, a superhero movie for kids, the streamer said in a statement. Other than Priyanka Chopra, the superhero film is expected to feature Narcos actor Pedro Pascal, Christian Slater, Boyd Holbrook, Christopher McDonald and child stars Akira Akbar, Nathan Blair, Andy Walken, YaYa Gosselin, Hala Finley and Isaiah Russell-Bailey. Robert Rodriguez, who is best known for Spy Kids, Sin City and Alita: Battle Angel, will direct as well as produce We Can Be Heroes.

The film will revolve around the story of a group of kids, who step up to save the world after aliens abduct all of Earth's superheroes.

In Bollywood, Priyanka Chopra was last seen in 2016 film Jai Gangaajal, a sequel to 2003 crime film Gangaajal. After three years, she will return to Bollywood with Shonali Bose's The Sky Is Pink. The film, which also features Farhan Akhtar and Zaira Wasim, is based on the life of late motivational speaker and author Aisha Chaudhary, who was born with an immunodeficiency disorder and was diagnosed with pulmonary fibrosis at the age of 13. Zaira Wasim will be seen playing the role of Aisha in the film while Priyanka and Farhan will play her parents.

The Sky Is Pink will open in theatres on October 11.

Comments
priyanka choprawe can be heroes