Priyanka Chopra Reveals The 'Funny' Reason Behind Saying Yes To Isn't It Romantic? 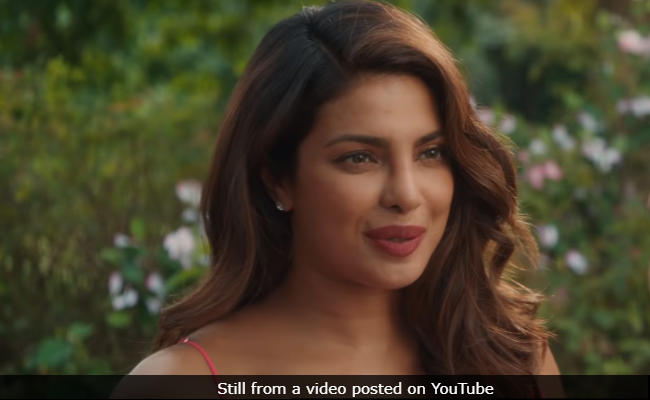 Priyanka Chopra in a still from Isn't It Romantic?. (Image courtesy: YouTube)

Priyanka Chopra, who played the role of a yoga ambassador named Isabella in the recently-released Hollywood film Isn't It Romantic?, revealed the reason, or should we say the "funny" reason why she said yes to the project, reports news agency IANS. During a recent media interaction, when Priyanka was asked what made her sign the film, the actress told IANS: "Actually, it is very funny to admit this but the film happened to be perfectly within the schedule of my free time." Priyanka revealed that  Isn't It Romantic?was being shot in the Big Apple during the time when she was gearing up for the third season of her TV series Quantico and she had one-and-a-half months off. "It was being shot in New York. I was in between season two and season three of Quantico. And had one and a half month off and we were shooting at exactly that time. So it made perfect sense," IANS quoted Priyanka as saying.

Speaking of her experience of working with the film's lead actress and producer Rebel Wilson, Priyanka told IANS: "I love Rebel. She is the producer in the film. She has made the movie for herself. It is her first leading role. And I thought of all these things like supporting her through it and playing a really funny character with an amazing cast."

Isn't It Romantic? is a romantic comedy, which has been directed by Todd Strauss-Schulson. The film showcases the story of a 25-year-old architect ( played by Rebel Wilson), who hates rom-coms. However, her own life transforms into one after an accident. Besides Priyanka and Rebel Wilson, Isn't It Romantic? features Adam DeVine and Liam Hemsworth. The film opened in the American theaters on February 13 and is streaming on Netflix India.

Priyanka Chopra's next project is Shonali Bose's The Sky Is Pink, co-starring Farhan Akhtar and Zaira Wasim. The film is scheduled to release in October this year.