ICYMI: More Pics Of Priyanka Chopra And Nick Jonas From Her Brother's Roka 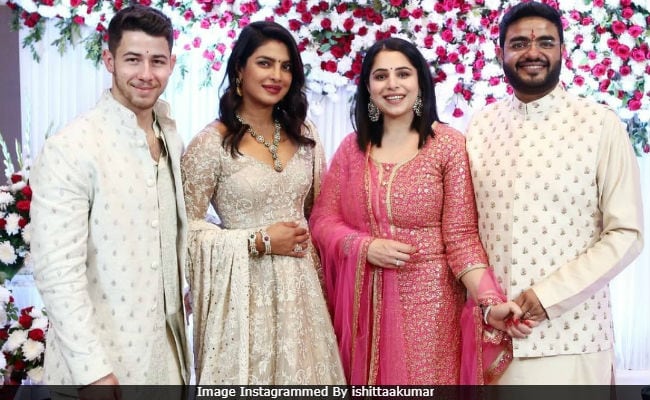 Priyanka Chopra's sister-in-law to be Ishita Kumar shared some fabulous pictures from her roka to the actress' brother Siddharth on Saturday. "Lovely memories from our special day. Will miss you all... See you soon," read Ishita's caption for the post, which features the couple, Priyanka and her husband Nick Jonas, Madhu Chopra and other family members. Siddharth and Ishita's roka took place in Delhi on Wednesday and Priyanka and Nick flew to India on time to attend the ceremony. For Siddharth and Ishita's roka, Priyanka opted for a sequined silver Indian outfit and Nick wore a kurta pyjama set with a bandhgala. In the set of pictures posted by Ishita, we can see Priyanka standing by her brother's side during the ring ceremony. Priyanka, Nick and her mother Madhu Chopra also posed with Sidharth and Ishita after the rituals.

After Siddharth and Ishita's roka, Priyanka posted a heartfelt note for them and wrote, "So proud of my baby brother. Ishita welcome to the family... You'll are so beautiful together... I wish you both the best for the future! Happy roka."

So proud of my baby brother. Ishita welcome to the family.. you r so beautiful together.. I wish you both the best for the future ! Happy Roka!! @ishittaakumar @siddharthchopra89 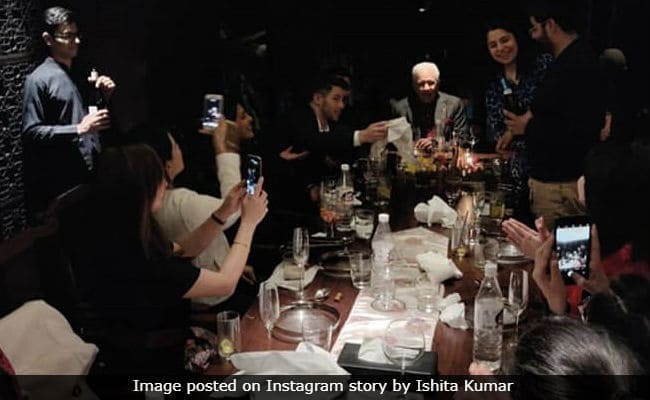 Ishita Kumar appears to be based out of London and through her Instagram profile, it appears that she and Siddharth have been dating for a while now. Siddharth owns a pub in Pune and is younger to Priyanka by six years.

As of now, Priyanka Chopra is in Mumbai, where she is expected to resume The Sky Is Pink shooting. On Friday, the Jonas Brothers - Nick, Kevin and Joe - released their single Sucker nearly after six years. Priyanka, Kevin's wife Danielle and Joe's fiancée Sophie Turner also star in the video.