"Don't underestimate the beauty of God's love story for you," wrote Ankita Lokhande 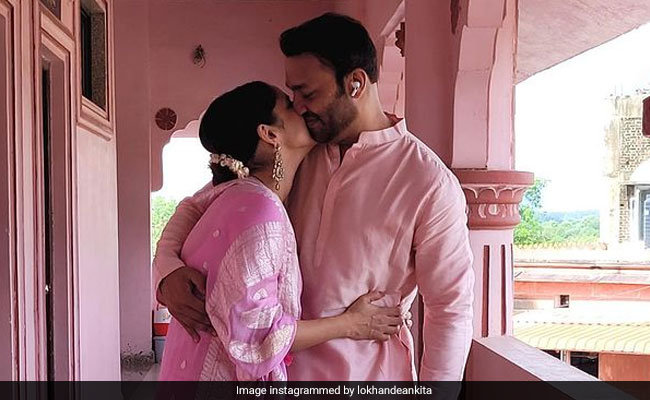 Ankita Lokhande managed to take some time out her busy life and spent the day with boyfriend Vicky Jain. The actress posted a mushy picture with Vicky Jain on Instagram. In the picture, the couple can be seen twinning in pink outfits. Ankita  captioned the post: "Don't underestimate the beauty of God's love story for you. He can do more than you ask or imagine." She added the hashtag #truestory. Ankita Lokhande and Vicky Jain, who have been dating for more than a year now, frequently trend for her social media PDA.

Ankita is currently seen in the second season of Pavitra Rishta, which ran between 2009 and 2014. While Ankita Lokhande reprises her role as Archana in the new show, Shaheer Sheikh steps into the shoes of late actor Sushant Singh Rajput, who played the role of Manav.