"At some part of life or the other we all become memories for others. So make sure you be a good one," wrote Ankita Lokhande 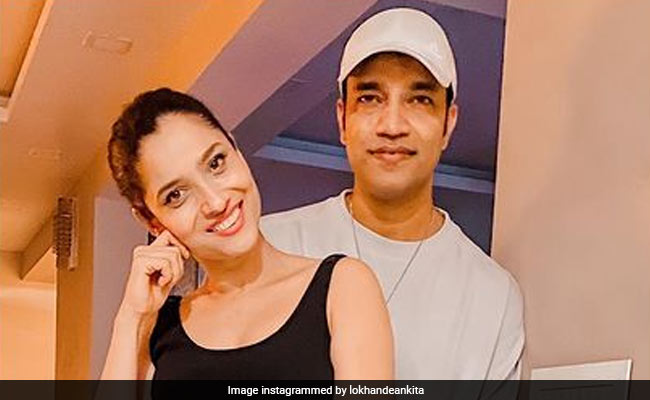 Ankita Lokhande and Vicky Jain had the best time ever at a party on Sunday. The Pavitra Rishta actress shared glimpses of some of her favourite "memories" from last night on Instagram. "At some part of life or the other we all become memories for others. So make sure you be a good one," Ankita Lokhande captioned her party album, which also comes with a few loved-up photos of herself with boyfriend Vicky Jain. Sunday's party appears to have been hosted for Sana Makbul, who recently returned from Cape Town after shooting for Khatron Ke Khiladi 11. "Welcome back," Ankita can be heard telling Sana Makbul in an Instagram story. The party was also attended by TV actress Natasha Sharma, among others.

So, here's how much fun Ankita Lokhande and Vicky Jain had at Sunday's get-together:

Ankita Lokhande and Vicky Jain have been together for three years - they often trend for their adorable Instagram posts for each other. Last month, the actress poured her heart out in an open letter on Instagram dedicated to her boyfriend. Ankita began her letter with these words: "You were there for me when times were tough" and added: "I want to thank you for being the best boyfriend in the world." In her boyfriend appreciation post, Ankita also wrote: "It's been a very challenging year, and knowing that I have you by my side made all the difference. I don't know where I'd be without you. I love you more now because of this."

Ankita Lokhande is best known for portraying Archana in Pavitra Rishta. She has also featured in shows such as Ek Thhi Naayka, Shakti - Astitva Ke Ehsaas Ki, among others. Ankita stepped into Bollywood with Kangana Ranaut's 2019 period-drama Manikarnika: The Queen of Jhansi and was last seen in Baaghi 3.