When you bump into old friends 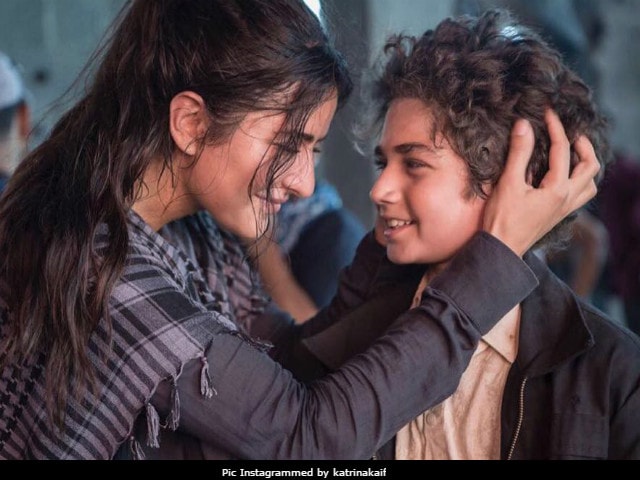 New Delhi: Katrina Kaif has finally met her match - one who is a bigger chatterbox than Katrina is, thanks to her new film Tiger Zinda Hai. The 34-year-old actress has shot for the Ali Abbas Zafar-directed movie in Abu Dhabi with superstar Salman Khan. Of the several on-shoot experiences, Katrina zeroed in a particular one to share with her followers. On sets, she chanced upon an old co-star of hers - a young actor with whom she had worked in 2011 film Mere Brother Ki Dulhan. "I've finally met someone who actually talks more than me... much more... my mbkd co-star's grown up," Katrina Instagrammed.

I've finally met someone who actually talks more than me ....... much more ..... my mbkd co-star's grown up #tigerzindahai #abudhabi

Interesting glimpses from the shooting schedule of Tiger Zinda Hai are routinely shared by the director. On Twitter, Katrina and Ali Abbas Zafar were spotted roaming the streets of Abu Dhabi because: "Spend all the money shooting the film and now we are on the road." Another post reveals that the director is not pleased very easily and often wants to ask Katrina to stop "irritating" him on sets.

Spend all the money shooting the film now we are on the road @TigerZindaHai#moroccopic.twitter.com/49nATuoCVH

Here's one of those rare moments when both Salman and Katrina share a frame:

That's what beauty of #Katrina kaif does to you @TigerZindaHaipic.twitter.com/LCWILnJqKM

Katrina and Salman have already filmed Tiger Zinda Hai in locations like Abu Dhabi and Austria and are currently expected to be in Morocco. They will reprise their roles as Pakistani secret agent Zoya and RAW official Tiger respectively from the film's first part Ek Tha Tiger.