Katrina Kaif shared a video in which she is seen doing push-ups effortlessly. "Warming up on set," wrote the 34-year-old actress 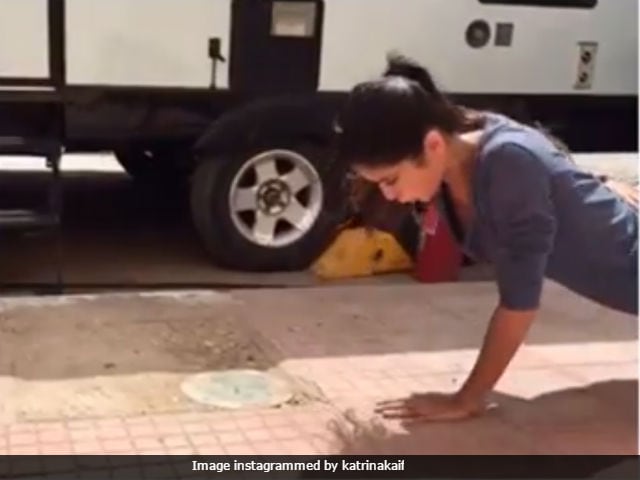 A still from the video shared by Katrina (Image courtesy: katrinakaif )

Warming up on set . @rezaparkview

Katrina Kaif has been sharing her day-to-day experience on the sets with us.

On Wednesday, Katrina shared picture with her Tiger Zinda Hai co-star Salman Khan. In the picture, the 51-year-old actor is seen hiding his face while Katrina looks amused with his antics.

Katrina also posted a video in which she is seen surfing for the first time in Essaouira, a port city in Morocco.

Tiger Zinda Hai is a sequel to Salman and Katrina Kaif's 2012 movie Ek Tha Tiger, which was directed by Kabir Khan. The actors will be seen reuniting onscreen after a gap of five years. Salman and Katrina have co-starred in films like Yuvvraaj, Maine Pyaar Kyun Kiya? and Partner.

Promoted
Listen to the latest songs, only on JioSaavn.com
Tiger Zinda Hai is scheduled to release on theatres in December this year.

After Tiger Zinda Hai, Katrina Kaif will be seen in Thugs Of Hindostan, co-starring Amitabh Bachchan, Aamir Khan and Fatima Sana Shaikh. She will also feature in Aanand L Rai's yet-to-be-titled film along with Shah Rukh Khan and Anushka Sharma.