"Friendship Over Generations": Gauri Khan And Maheep Kapoor Pose With Their Mothers In This Priceless Pic 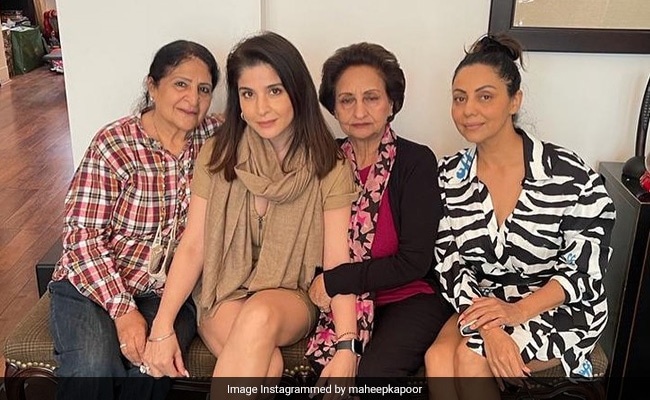 Maheep Kapoor and Gauri Khan with their moms. (courtesy: maheepkapoor)

Gauri Khan and Maheep Kapoor have been friends for decades, and now their daughters - Suhana Khan and Shanaya Kapoor, are taking this friendship ahead. However, as per Maheep Kapoor's latest post, it seems their mothers are also great friends. Sanjay Kapoor's wife Maheep, who reunited with BFF Gauri in London, shared an adorable post featuring their mothers. Sharing the post, she captioned it as "Friendship over generations missed you Suhana Khan and Shanaya Kapoor #Mothers&Daughters," followed by heart emoticons. Soon after she shared the post, Suhana Khan commented, "Awwww miss you guys," while Shanaya dropped a heart emoji. 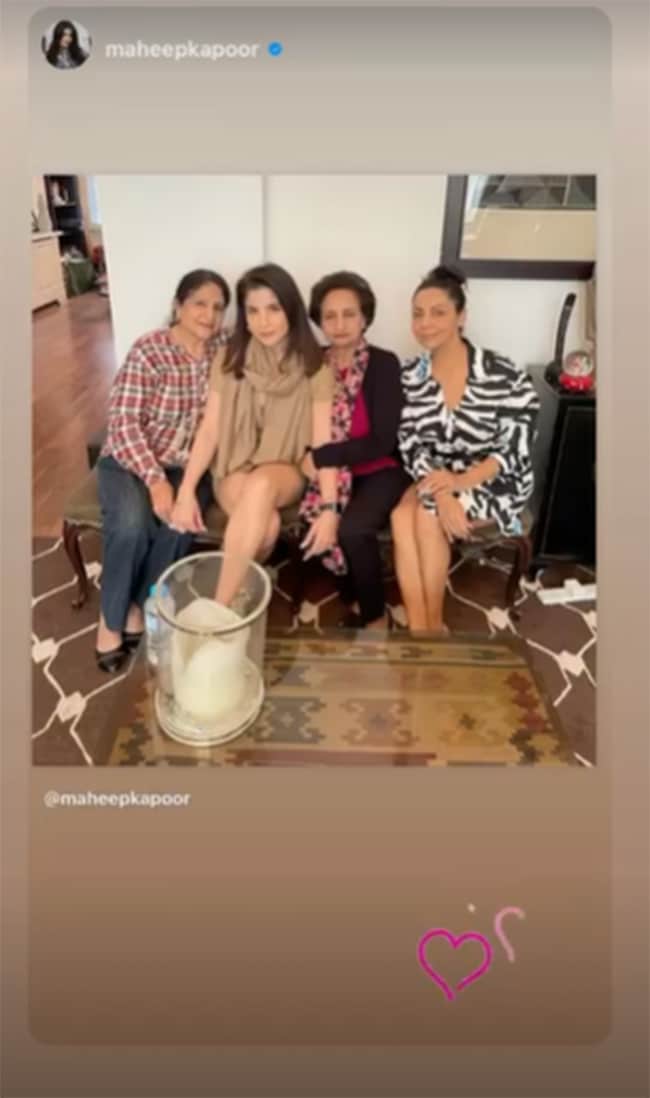 Sanjay and Maheep Kapoor recently jetted off to London on vacation, and ever since the couple checked into the picturesque location, they have been keeping their Insta family updated. On Sunday, Maheep shared several pictures on her Instagram handle featuring Sachin Tendulkar and BFF Bhavana Panday. Sharing the post, she wrote, "Summer in the city". Check out the post:

Sanjay Kapoor also shared several pictures on his Instagram handle and captioned it as "When the Sun Shines on you , #sunday #beautifulday , clicked by our personal photographer Jahaan Kapoor (his son)".

Meanwhile, on the work front, Maheep Kapoor is a jewellery designer by profession. She also made her OTT debut with Karan Johar's Fabulous Lives of Bollywood Wives, cos-starring Neelam Kothari, Bhavana Pandey and Seema Kiran Sajdeh.  Now, she is gearing up for the second season of the show.