After Deepika, the second woman on the list is, of course, Priyanka Chopra who ties with Ranveer at seventh place and earnings of $10 million 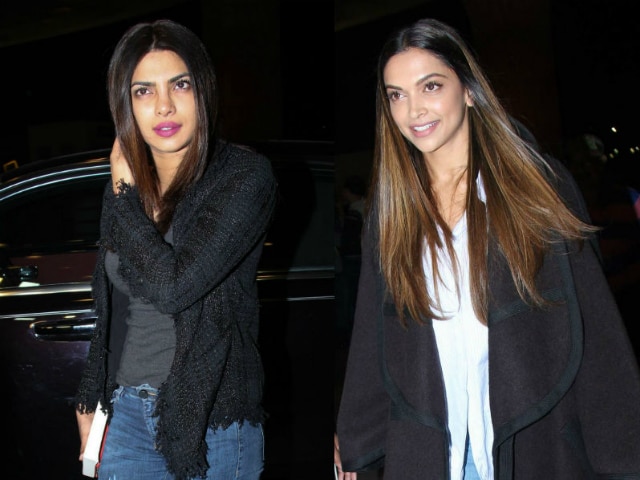 New Delhi: Forbes has listed Bollywood's top 10 highest paid stars, male and female, this year and - no surprises - the first three positions are taken by Shah Rukh Khan, Salman Khan and Akshay Kumar in that order. The actors also appeared on the Forbes list of highest paid male actors in the world this year, ranked eighth, ninth and tenth. Shah Rukh Khan broke the bank with earnings of $38 million from films like Raees, Salman Khan made $37 million, and Akshay Kumar $35.5 million - each star earned more this year than in the last. But we already knew this from the global list released by Forbes earlier this month.

It's the #4 and below on the Bollywood list that demands attention. Just below Akshay is Aamir Khan, whose Dangal payday amounted to $12.5 million - the gap between Aamir and the three other actors who outrank him on the list may seem vast but, as Forbes points out, "He films fewer movies than most Bollywood stars and does not endorse a plethora of products." Also, Dangal is still making money overseas - more money than it did at home, in fact. On an aside - Aamir Khan narrowly missed making it to Forbes' list of 20 highest paid male actors in the world, on which Mark Ruffalo, with $13 million was ranked last.

Bollywood's fifth highest paid star this year is Hrithik Roshan, who made $11.5 million from Mohenjo Daro and Kaabil. Snapping at Hrithik's heels is Deepika Padukone - she's rated sixth with $11 million, one of the only two women on a list dominated by male stars and ahead of Ranveer Singh at #7 with $10 million, Amitabh Bachchan (still going strong at 74 with Kaun Banega Crorepati 9 helping) at ninth spot with $9 million and Ranbir Kapoor, bringing up the rear, with $8.5 million. Recent reports have suggested that Deepika's fee for new film Padmavati has been higher than the paycheques her co-stars - Ranveer and Shahid Kapoor - received and that it makes her India's best paid female star.

Promoted
Listen to the latest songs, only on JioSaavn.com
The second woman on the list is, of course, Priyanka Chopra who ties with Ranveer at seventh place and earnings of $10 million. Priyanka hasn't made a film at home since Jai Gangaajal last year but her American TV show Quantico and Hollywood debut in Baywatch made her top dollar.