"Did you work out today?" The actress asked her Instafam 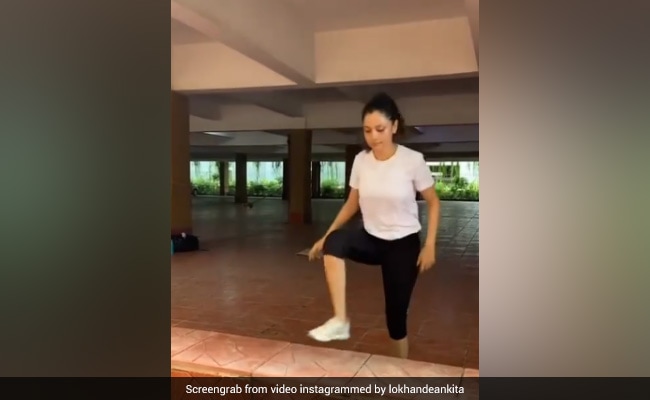 Ankita Lokhande in a still from the video. (courtesy lokhandeankita)

TV star Ankita Lokhande has actively been sharing videos from her workout sessions - one post at a time. She recently shared a video, in which she can be seen doing some intense workout - lunges, jumping and some squats with utmost ease. Ankita found an unusual spot to carry out her workout drills. She picked a parking spot. At the end of the video, the Pavitra Rishta actress is seen resting on her yoga mat. The actress captioned the post: "Did you work out today?" A few days ago, on the occasion of International Yoga Day, Ankita posted a video, in which she could be seen doing yoga along with her friends and her instructor. "Happy soul, a fresh mind and a healthy body. All three can be achieved with yoga," she wrote.

Check out her posts here:

The actress trended big time for a post recently, in which she gave a shout out to boyfriend Vicky Jain and wrote: "I want to thank you for being the best boyfriend in the world." She wrote in her note: "Dear Vikki, You were there for me when times were tough. You were always the first person to ask me how I was doing, if I needed help in anything , or if I wanted to get away so that I could clear my head .you were always so worried about me, and I always told you that I was fine because I was knowing that I had you with me."