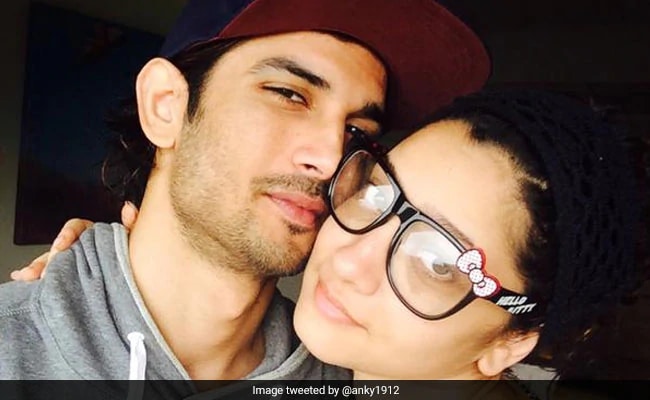 Actress Ankita Lokhande had earlier described the month of June with a broken heart emoji in one of her Instagram stories - June is the month actor Sushant Singh Rajput died last year. On Thursday, Ankita Lokhande's Instagram woke up to find a cryptic post on her Instagram, which read: "It's not a goodbye, it's a see you later." The Pavitra Rishta actress shared the post raised hand emoji, used to denote bidding adieu. It appears that Ankita Lokhande's post is her way of announcing a break from social media but the Internet cannot stop talking about the timing of her post. Ankita's entry arrived exactly a year after Sushant Singh Rajput's last Instagram post, which the actor had dedicated to his mother. "Exactly A year before... SSR posted his last post on Instagram," read a comment on Ankita Lokhande's post.

Sushant Singh Rajput was found dead at his Mumbai residence on June 14. Just days before that, this is what the actor had shared on his Instagram on June 3.

Ankita Lokhande and Sushant Singh Rajput fell in love while starring on the TV show Pavitra Rishta, which made stars out of both the actors. Cast as lovers in the show, Ankita and Sushant dated for six years till parting ways in 2016. They were one of the most popular TV couples, both on screen and in real life.

Earlier this week, Ankita Lokhande celebrated 12 years of Pavitra Rishta with an interactive session with her fans. Talking about the late actor, she said "Sushant is no longer with us and Pavitra Rishta is definitely incomplete without him. I am sure he is watching us today and is just happy wherever he is. Sushant always taught me acting. I wasn't an actor. He was the one who used to teach me what is acting. Because I was a junior, he was a senior. He always taught me. He was a brilliant actor, brilliant co-star and I was very fortunate to work with him."

Ankita Lokhande is currently dating Vicky Jain - they have been together for three years.