We fell in love, and we were never the same people again. Thank you for coming into my life and making me the happiest girl in the world. Thank you for your love that inspires me to be a better person. 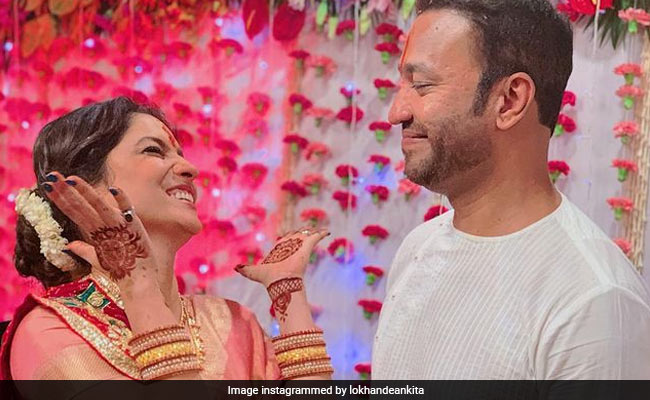 Actress Ankita Lokhande poured her heart out in an open letter on Instagram dedicated to her boyfriend Vicky Jain. Ankita began her letter with these words: "You were there for me when times were tough" and added: "I want to thank you for being the best boyfriend in the world." In her boyfriend appreciation post, Ankita Lokhande added: "It's been a very challenging year, and knowing that I have you by my side made all the difference. I don't know where I'd be without you. I love you more now because of this." Ankita Lokhande's post for Vicky Jain arrived a day after Sushant Singh Rajput's death anniversary - on Monday, the actress shared a bunch of throwback memories, featuring the late actor. Ankita and Sushant, who were co-stars of the TV show Pavitra Rishta dated for six years till parting ways in 2016.

In her emotional note to boyfriend Vicky Jain, Ankita added: "I used to think that I will never find happiness or love again because of all the heartbreaks and disappointments that I experienced in the past. But then I met you, and you made a believer out of me. We fell in love, and we were never the same people again. Thank you for coming into my life and making me the happiest girl in the world. Thank you for your love that inspires me to be a better person."

Ankita wrapped her post with these words: "Not every man can handle this situation the way you did. Thank you for everything. Respect and love forever."

Ankita Lokhande and Vicky Jain have been together for three years - they often trend for their adorable Instagram posts for each other.

Ankita Lokhande is best known for portraying Archana in Pavitra Rishta. She has also featured in shows such as Ek Thhi Naayka, Shakti - Astitva Ke Ehsaas Ki, among others. Ankita stepped into Bollywood with Kangana Ranaut's 2019 period-drama Manikarnika: The Queen of Jhansi and was last seen in Baaghi 3.