The accused were identified as Abid, 23 and Sumit Kumar, 20. They were arrested near the Kalindi Punj depot on the Delhi metro's Magenta line, they said. 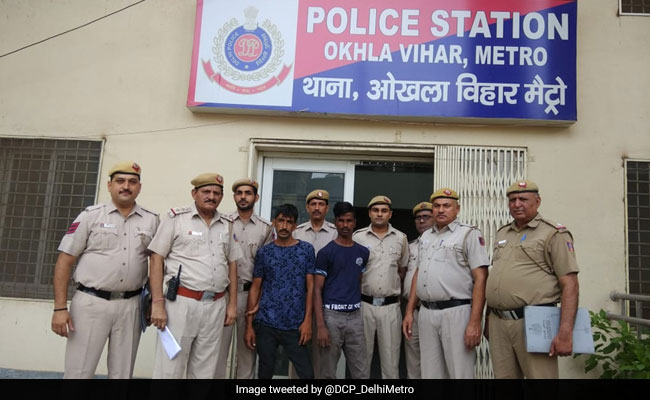 Delhi Metro cable worth Rs 1.2 lakhs was recovered from the accused by Delhi police.

Two men were arrested and 2 juveniles apprehended for allegedly stealing copper cable of the Delhi metro, police said on Sunday.

The accused were identified as Abid, 23 and Sumit Kumar, 20. They were arrested near the Kalindi Punj depot on the Delhi metro's Magenta line, they said.

Sixty-feet of 33 kV cable worth Rs 1.2 lakhs was recovered from their possession.

"Based on a complaint filed by DMRC (Delhi Metro Rail Corporation) officials, an FIR was registered on May 5. A police team was constituted to trace the accused," Deepak Gauri, Deputy Commissioner of Police (DCP), Metro, said.

On July 27, police received information about some suspicious movement near metro tracks. Police reached the spot and apprehended the accused, he said.

During investigation, it was found that Abid and his associate Kumar were accused in cases of burglary, criminal trespass, theft and snatching, the DCP said.

Abid is a rag picker and his associate Kumar, a cannabis addict, worked as a cobbler in Madanpur Khadar along with his father, he said.

Police is verifying the involvement of a few other of their accomplices and are trying to trace them.

Four men were arrested on March 27 in connection with their involvement in stealing electricity wire from the Delhi metro network.