Gyms are slowly reopening in the city under ''Unlock 3'' norms and people are "rushing to exercise" after staying at home for months, a leading private hospital claimed. 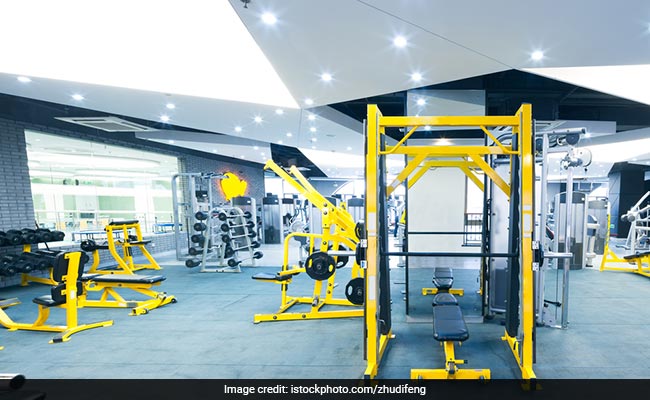 Teen hit the gym over-enthusiastically and exercised for over an hour quite vigorously.

Vigourous gymming by an 18-year-old boy post-lockdown proved a costly affair for him, as it led to a medical condition that caused malfunctioning of his kidneys, doctors said on Thursday.

Gyms are slowly reopening in the city under ''Unlock 3'' norms and people are "rushing to exercise" after staying at home for months, a leading private hospital claimed.

The case of 18-year-old Lakshay Bindra from Delhi highlights the "adverse health consequences of excessive and aggressive gymming" after months of staying in at home, it said.

"Bindra, an avid gymming enthusiast, wanted to make up for the lost time when his favourite gym reopened after months of lockdown. He hit the gym over-enthusiastically and exercised for over an hour quite vigorously.

"That same evening, he began to suffer from extreme muscle fatigue, body stiffness and pain, along with vomiting," Max Super Speciality Hospital, Patparganj said in a statement.

He was brought to the hospital in a "bad shape" after suffering at home for three days, it said.

Dilip Bhalla, Senior Consultant, Department of Renal & Kidney Transplant, at the hospital, said, "When the patient came to our hospital, he was suffering from acute pain in the abdomen, black-colored urine with reduced urine output, and deranged kidney and liver function. He was diagnosed with rhabdomyolysis, a health condition in which acute muscle breakdown occurs."

"This in turn releases certain types of enzymes in the bloodstream, leading to kidney malfunction," he said.

The patient was immediately wheeled into ICU and started on IV fluids to maintain hydration and provide nutrients to his muscles. Gentle physiotherapy was conducted for several days to soothe his muscles, the doctor said.

"In addition, he needed two sessions of dialysis as his kidneys had stopped functioning totally. Slowly, as days passed, the patient started improving. His muscle stiffness and pain began to subside gradually, even as he slowly regained muscle power," Mr Bhalla said.

The enzyme myoglobin released due to muscle injury leads to kidney dysfunction. If not detected in time, it can lead to eventual kidney shutdown and life-threatening complications, he added.

"It was rare for us to see such a young individual suffering from non-functioning kidneys. Luckily, we managed to lead him to full recovery after a week's stay at the hospital. His kidneys have revived and are fully functional now," the doctor said.

Abbas Ali Khatai, Attending Consultant, Emergency Medicine, at the hospital, said agressive, unaccustomed exercise leads to accumulation of acid in the muscles which leads to breakdown of muscle protein.

"Lockdown has its own problems, but so does the unlocking phase, as shown by this case. Caution is the key and not overdoing what the body cannot tolerate," he said.