Say what? Maharashtra Parrot Summoned by Cops for Obscenities 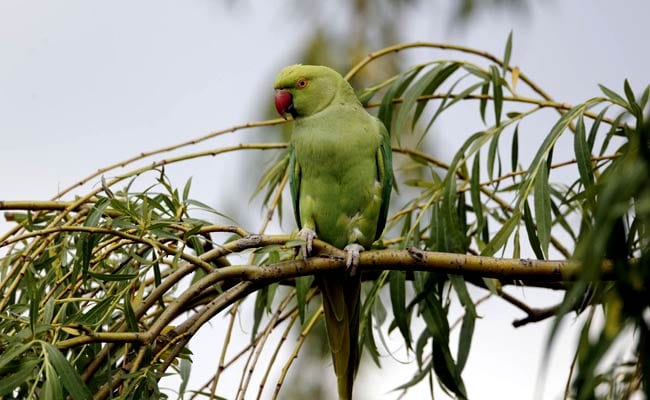 The woman accused her stepson of teaching the parrot to shower abuses at her. Representational Image

Pune: In a bizarre case, a parrot accused of "hurling obscenities" at an octogenarian woman was summoned to a police station at Rajura in Maharashtra's Chandrapur district today after a complaint against its owner that he had allegedly tutored his caged pet to do so.

The police was at its wit's end after 85-year-old Janabai Sakharkar accused her stepson Suresh of teaching his parrot 'Hariyal', to shower abuses at her whenever she passed by his house.

In order to verify the agitated woman's complaint, the police called all the three involved, including Janabai, her stepson Suresh and Hariyal the parrot to the police station. However, the parrot seemed to have became conscious of khaki clad policmen and kept mum when his cage was brought near Janabai, to see if it would hurl any obscenities at her.

"There is a dispute over land and property between the woman and her stepson. We watched the parrot carefully but it did not utter a word at the police station after being confronted by the complainant," Police Inspector P S Dongre told reporters.

Although Hariyal never showed any alleged penchant to abuse the woman, the police decided to hand it over to forest department officials, after taking into account the harassed mental condition of the aged woman.