Salman Khan In Court For Verdict On Whether He Shot Blackbuck: 10 Points

Blackbuck Case Verdict: Salman Khan was charged with four cases for poaching and one under the Arms Act in Jodhpur. If Salman Khan is convicted, he could face up to six years in jail. 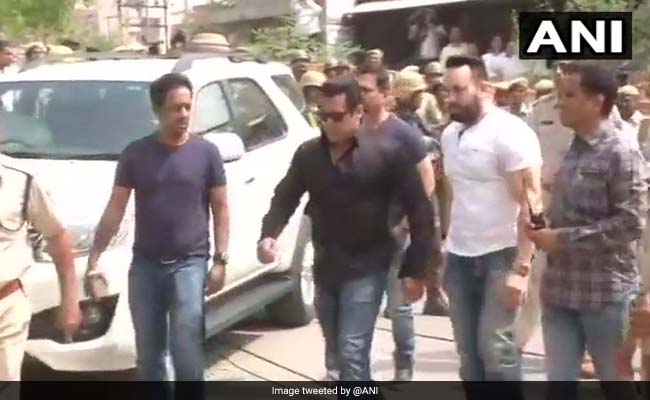 Blackbuck Case Verdict: Salman Khan, if convicted, could face up to six years in jail. (File)

New Delhi: Salman Khan, one of India's biggest stars, arrived today at a court for a verdict on whether he killed two blackbuck near Jodhpur in Rajasthan nearly 20 years ago. The 52-year-old actor is accused of hunting blackbuck while working on the film "Hum Saath Saath Hain" in 1998. His co-stars Saif Ali Khan, Tabu, Sonali Bendre and Neelam are also in court. If Salman Khan is convicted, he could face up to six years in jail.

Here are the top developments in the Salman Khan blackbuck poaching case: