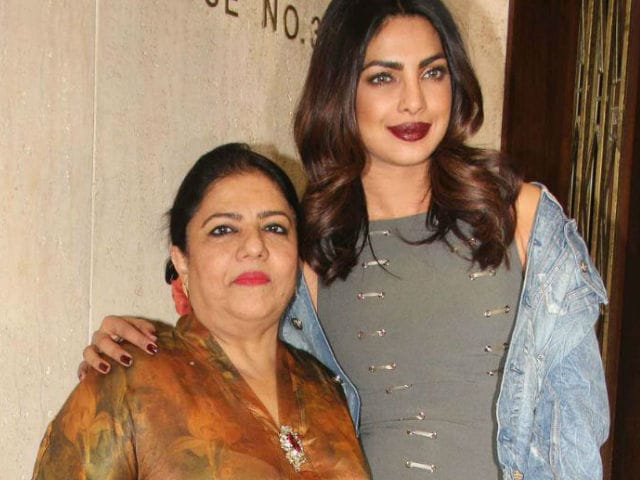 New Delhi: Actress Priyanka Chopra's mother slammed reporters when they asked for her comment about social media trolling her daughter for wearing a dress when she met Prime Minister Narendra Modi in Berlin, earlier this week, reports news agency IANS. Madhu Chopra redirected the media query to what Priyanka discussed with PM Modi that day and said: "Why are you asking such stupid questions at such a good event? Ask me what she discussed with PM on that day. Priyanka Chopra had discussion with PM Narendra Modi about current issues." Ms Chopra addressed media at the Dadasaheb Phalke Academy awards, which she attended on behalf of Priyanka on June 1.


Of the controversy, Madhu Chopra added: "She gave a fitting reply to her social media trolls (by uploading another picture on Instagram) and I don't want to degrade the value of her reaction by commenting on it. She didn't have any intension to be matter of subject of such unnecessary things. Today's youth is so confident that they shouldn't get affected by any kind of provocation."

This is the aforementioned response Madhu Chopra talked about:

The Dadasaheb Phalke Academy recognised Priyanka Chopra as an international icon. "I am very happy and proud that Priyanka has been given this award. They have introduced new category of International Icon awards and she is the first recipient of it," Madhu Chopra told IANS.