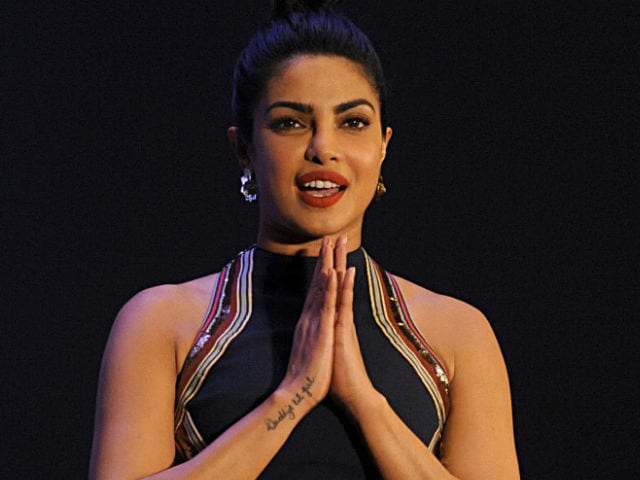 New Delhi: Dadasaheb Phalke Academy chairperson, Ganesh Jain, announced the institute will host their first award show in two years on June 1, in which actress Priyanka Chopra will be given an award for being an international icon, reported news agency PTI. In an interview to DNA, Mr Jain complained how many people 'misused' the absence of the Institute's award ceremony for two years and launched award shows in the name of Dadasaheb Phalke. "We have been told that these people float big names in the market and generate sponsors for the awards. They are definitely not for a social cause. The stars and the people who were accepting these awards are unaware about the fact that they were not the real awards," Mr Jain said. He clarified that the only authentic awards given out in the name of the Father of Indian Cinema are by his Dadasaheb Phalke Academy and the Central Government.

Dadasaheb Phalke's grandson, Chandrashekhar Pusalkar (son of his daughter, Mansi Phalke) corroborated Mr Jain's statement. He told DNA: "First of all, we feel sorry about the manner in which Dadasaheb Phalke's name is being misused everywhere. Even when it concerns the Central Government awards, which are supposed to be the most credible awards, we haven't been invited for a single award function in the past 46 years. They did not even bother to locate us. In that respect, the Dadasaheb Phalke Academy though it is a private academy, took the trouble of tracing us. They were also instrumental in renaming Film City as Dadasaheb Phalke Chitra Nagari."

Of the multiple award shows in the name of Dadasaheb Phalke, Chandrashekhar Pusalkar told DNA: "There is a Foundation award besides a Dadasaheb Excellence awards and another award. Initially, we welcomed them, but later learnt that all kinds of things were happening backstage like people purchasing awards. It is disappointing that Dadasaheb Phalke's name has become like a marketing commodity, being used by people with an intention of commercial gains."

Western India Film Producers Association president, Sangram Shirke, told DNA that his father, producer Gajanan Shirke, played a pivotal role in starting the Dadasaheb Phalke Academy in 1998. He also said that after Gajanan Shirke's death, producer Ram Gopal Gupta started the academy with Chandrashekhar Pusalkar, Central Board of Film Certification chief Pahlaj Nihalani and others. "We also got on board some of the biggest stalwarts in the industry like Yash Chopra, BR Chopra and Shakti Samantha. We were keen on building awareness on Phalke, since only the Central Government had an award in his name which was only for one person and the Maharashtra Government was doing it for Marathi cinema," he told DNA.

CBFC's Pahlaj Nihalani and actors Johny Lever and Mithun Chakraborty are on the board of trustees for Dadasaheb Phalke Academy Awards. The academy has invited celebrities like Anil Kapoor, Kapil Sharma, Juhi Chawla and Nitesh Tiwari for the award ceremony scheduled for June 1, reports PTI.