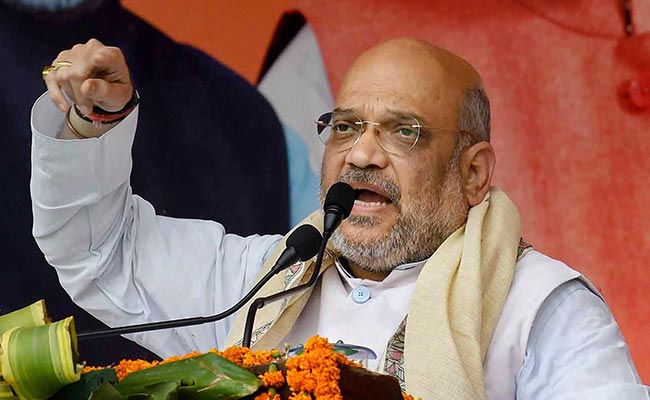 "That is why India needs a strong & decisive leader. Grateful to PM Narendra Modi and his diplomatic efforts that led to the UN designating Masood Azhar as a global terrorist. It was long over due. This also reflects PM Modi's commitment towards Zero tolerance against terrorism," Amit Shah tweeted.

BJP leaders have credited PM Modi's leadership for the development as they reacted to what is being seen as a big diplomatic victory for the country.

"India is in safe hands. This marks a high point for the Prime Minister's foreign policy," he said.

Addressing his first election rally in New Delhi's Vasant Kunj, Mr Shah said Pakistan has been given a befitting reply ever since PM Modi took over as prime minister.

"Since the BJP government has been formed, India has scored over Pakistan diplomatically. Earlier, there was a time when they used to spread terrorism and also level allegations against us in diplomacy.

"But, since the Modi government has been formed, Pakistan has been isolated in the entire world," Amit Shah told the gathering.

He said the entire world stands with India and has accepted that Pakistan is giving shelters to terrorists.

"Today, the entire world has accepted that Pakistan gives shelters to terrorists. On behalf of the people of the country and the BJP, I want to congratulate Prime Minister Narendra Modi for this success," he said.