Masood Azhar's listing as a global terrorist comes 10 years after India moved a proposal in this regard at the global forum, only to be blocked repeatedly by China. 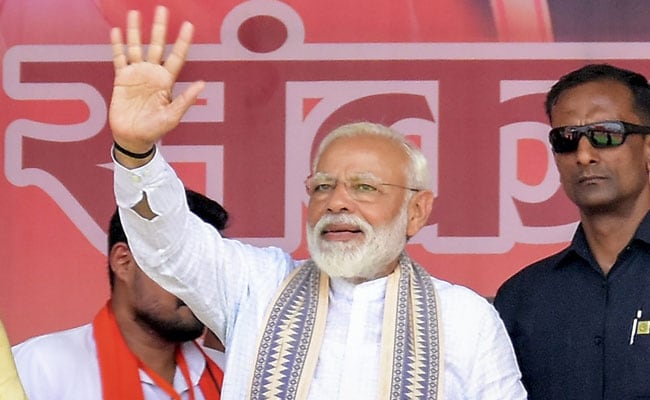 Prime Minister Narendra Modi today said that the United Nations' decision to list Jaish-e-Mohammed chief Masood Azhar as a global terrorist was a "big victory" in the fight against terror, and claimed that it will serve as the first step in his government's plan to bring the curtains down on those targeting India.

"From now on, whenever the country faces danger of any kind from anybody, we will enter their homes and eliminate them. If they fire bullets at us, we will fire bombs at them," he said at an election rally in Rajasthan's Jaipur.

Masood Azhar's listing as a global terrorist comes 10 years after India moved a proposal in this regard at the global forum, only to be blocked repeatedly by China. The decision will subject the terror mastermind to a global travel ban, freezing of assets and an arms embargo -- among other restrictions. His outfit has been accused of orchestrating several terror attacks in India over the years, including the ones at Pulwama and Uri.

"The world has begun listening to India over the last few years. We cannot be ignored anymore. And I would like to say openly that this is just the start. Just wait and see what happens next," PM Modi said, even as the crowds cheered.

He thanked the international community -- especially nations such as France, United States and the United Kingdom -- for backing India in its efforts to bring down Masood Azhar. "The international community has stood by India in its efforts to fight terror, and this is why I would like to extend my gratitude to them on the behalf of 130 crore Indians."

The Prime Minister claimed that a small section of people in Pakistan have lately begun speaking out against their government's terror-friendly policies. "However, here in India, some people were very happily mocking us while we were working towards this day. But I want to tell them today that this is not just Modi's success -- it's the success of the entire country and its 130 crore people," he said, adding that today should be a "day of pride" for every Indian regardless of ideology.

The reference, obviously, was to his detractors in the opposition.

Meanwhile, the listing of Masood Azhar as a global terrorist created a flurry on Twitter, with BJP leaders crediting the "great victory" to PM Modi and those in the opposition preferring to praise the diplomats involved.