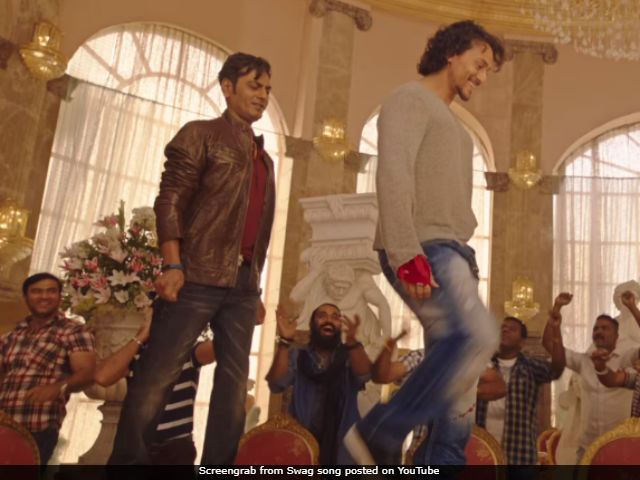 New Delhi: Tiger Shroff and Nawazuddin Siddiqui's dance-drama Munna Michael hits the screens this Friday (July 21). In the film, Tiger Shroff plays Munna, an aspiring dancer, who idolises King of Pop Michael Jackson while Nawazuddin Siddiqui stars in a negative role of an event organiser. We are used to Tiger's uber-cool dance moves but what about Nawazuddin? Well, he's managed to get the groove right, all thanks to his teacher in the film, Munna. Their face-off in the song Swag is a must watch. "Since Nawazuddinji is not a trained dancer, we had to practice each step around 100 times. He has danced so much in the movie that to show you more of it we are going to make Munna Michael 2 with him," said Tiger at the song launch. "My children after seeing me dance have the same expression as Tiger has in the song," added Nawazuddin.

Promoted
Listen to the latest songs, only on JioSaavn.com
The Sabbir Khan-directed film stars debutant Nidhhi Agerwal opposite Tiger Shroff. Ding Dang, a song filmed on Nidhhi and Tiger, is also one of the main highlights of the film. "The song is a tribute to my father (Jackie Shroff). There is no better way I could have done it than as his Munna. Dad is my buddy, my first hero. He's the reason I'm here. That's why for this character I'm trying to live his life," Tiger Shroff earlier told news agency IANS.