Munna Michael Song: It is actually Tiger or Munna who gives Nawazuddin urf Mahendar dance lessons in the song 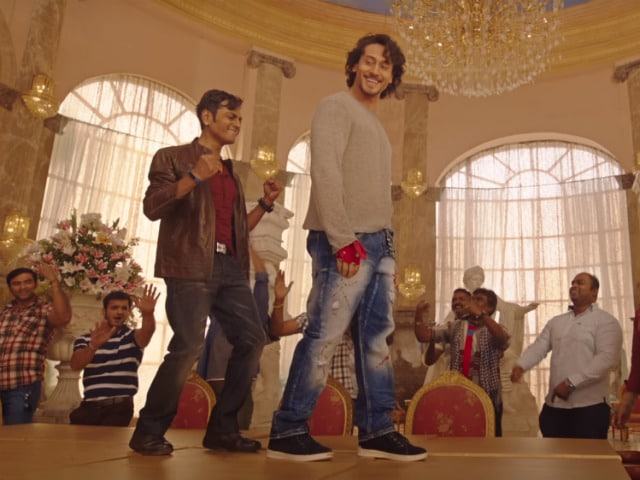 New Delhi: Munna Michael's new song Swag is testament to the fact that anybody can dance. Nawazuddin Siddiqui plays the role of don Mahendar Fauji while Tiger plays the titular role of a dancer in Munna Michael. While we are used to Tiger's super-cool dance moves and expect the same in the new song, let this be known that there's also plenty of dancing shancing on Nawazuddin's part. "Aaj tak apne Don log ko maarte jhagadte dekha hoga, par naachte hue nahi," wrote the 43-year-old actor while unveiling the song on Twitter. Meanwhile, Nawazuddin also got a shout out from Tiger like this: "Look who's setting the dance floor on fire."

It is actually Tiger or Munna who gives Nawazuddin urf Mahendar dance lessons in the song. Their training sessions start off with the don trying to pass off goofy gestures as dancing but Munna will have none of it. He appears strict with Mahendar throughout with occasional face-palming moments and the end result is a delightful experience. Nawazuddin may not groove like a pro like Tiger does but he sure shows noticeable improvement.

The song launch event was held on Wednesday evening, when Tiger told the press: "Since Nawazuddinji is not a trained dancer, we had to practice each step around 100 times. He has danced so much in the movie that to show you more of it we are going to make Munna Michael 2 with him." To this, Nawazuddin added: "My children after seeing me dance have the same expression as Tiger has in the song."

Promoted
Listen to the latest songs, only on JioSaavn.com
Watch Nawazuddin Siddiqui and Tiger Shroff dance like no one's watching: