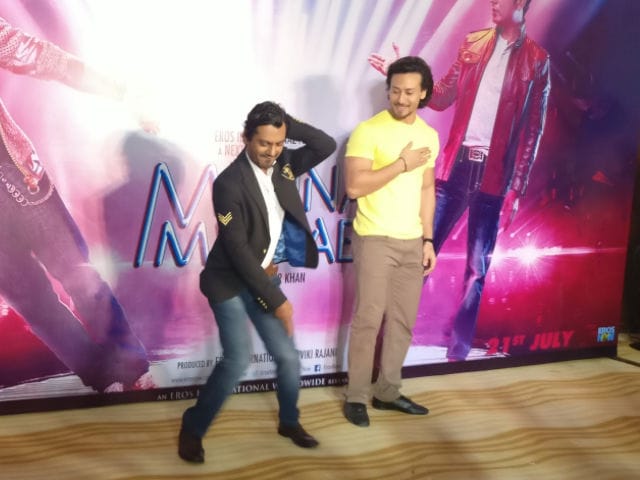 Mumbai: As a part of the promotions of the upcoming film Munna Michael, the makers decided to be slightly innovative. To launch the song, Swag from the film, the media was invited for a dance-off between Tiger Shroff and Nawazuddin Siddiqui. In the film, Mahendar Fauji (Nawazuddin) learns dancing from Munna (Tiger). The media had a field day at this event, as it's pretty evident that where dancing is concerned Nawazuddin has two left feet but he got all the applause for being a sport and agreeing to a live face-off with Tiger - who is known for his uber-cool dance moves. The 43-year-old actor was enjoying himself at the event. As the cameras were rolling, Nawazuddin was trying to put his best foot forward - leaving the journalists asking for more. 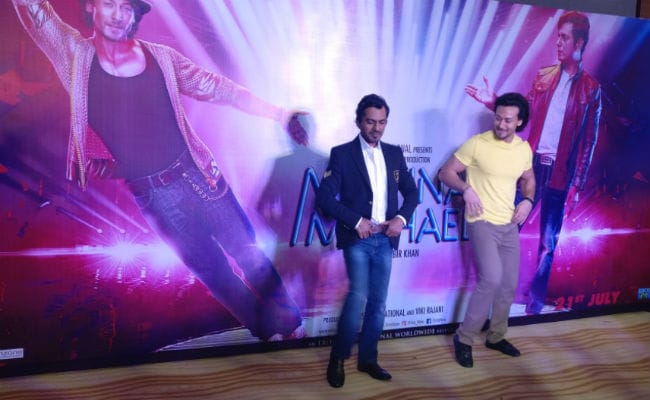 As soon as Tiger Shroff came on stage, he took the mic and joked, "Since Nawazuddinji is not a trained dancer, we had to practice each step around 100 times. He has danced so much in the movie that to show you more of it we are going to make Munna Michael 2 with him." Nawaz responded, "My children after seeing me dance have the same expression as Tiger has in the song." Tiger clearly enjoyed training Nawaz while shooting the songs in Munna Michael. He added, "Nawaz sir was picking up difficult steps very easily but found it difficult to pick up easy steps, don't know why."

Before releasing the song, the producers released the 'making of' video which shows Nawaz and Tiger's bromance. Nawaz is seen trying his best to pull off some cool moves and Tiger's expressions say it all. Two songs, Ding Dang and Pyar Ho, have released before Swag but this time Nawaz and Tiger's chemistry is unmissable.

In the film, Tiger Shroff plays a young man from the streets who aspires to be like pop legend Michael Jackson. Nawazuddin Siddiqui plays a gangster who aspires to dance and hires Tiger to train him. The film is directed by Sabbir Khan, who has directed two super-hits - Heropanti (2014) and Baaghi (2016) both with Tiger Shroff. Casting Nawaz as the gangster who wants to dance was Sabbir Khan's idea. Nawaz said, "Director saab tortured me, convinced me to dance."