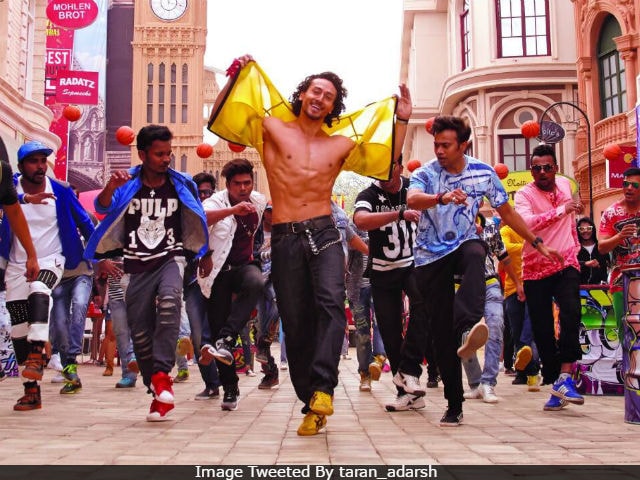 New Delhi: The first look of Ding Dang song from Tiger Shroff's forthcoming film Munna Michael was unveiled on Monday. Tiger's look from the song was shared by trade analyst Taran Adarsh on Twitter. The song is a tribute to actor Jackie Shroff, Tiger's father. Ding Dang also features Munna Michael's lead actress Niddhi Agerwal. It is choreographed by Ganesh Acharya. "The song is a tribute to my father. There is no better way I could have done it than as his Munna. Dad is my buddy, my first hero. He's the reason I'm here. That's why for this character I'm trying to live his life," Tiger Shroff, 27, earlier told news agency IANS. Check out the first look of Munna Michael song Ding Dang.

Here's the teaser of Ding Dang.

Earlier in February, Tiger Shroff shared a picture from the sets of Munna Michael while filming Ding Dang. "This one is going to be special #munnamichael," he wrote.

After Munna Michael, Tiger Shroff will be seen in Baaghi 2, Rambo and Student Of The Year 2. In Baaghi 2, he will co-star with rumoured girlfriend Disha Patani.

Promoted
Listen to the latest songs, only on JioSaavn.com
Munna Michael releases on July 21.